Eclipse 2017! Where It Lands Near Bloomington 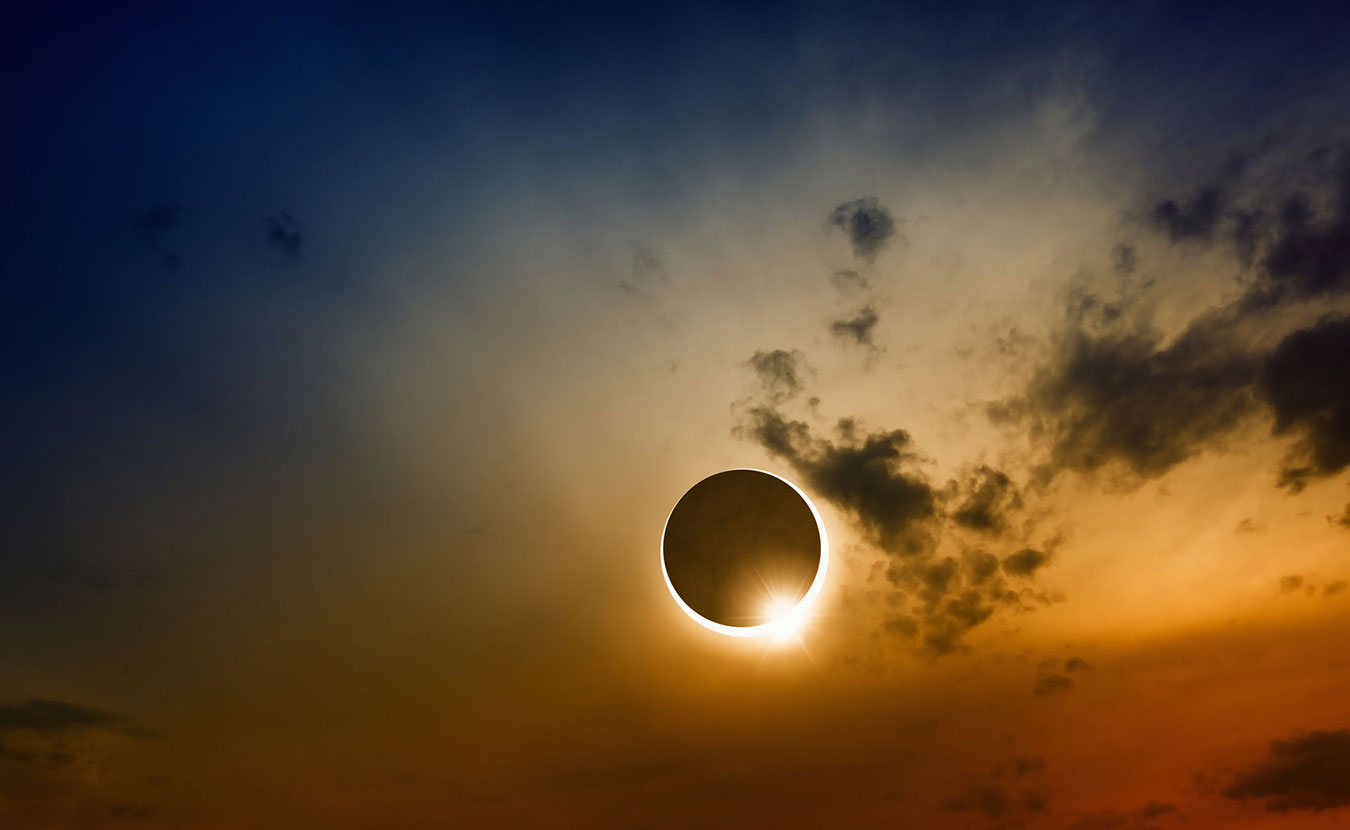 On August 21, the moon will totally eclipse the sun as it travels across America from west to east. Around Bloomington, people will witness a 94 percent eclipse, but there are many places and ways to experience this rare event — either the partial or total eclipse — not far from Bloomington. | Copyright: _ig0rzh_ / 123RF Stock Photo

There has not been a coast-to-coast solar eclipse visible in the United States in 100 years. Sure, a few times in a century the moon will cover portions of the sun, but, for some, this summer’s solar event is truly a once-in-a-lifetime experience.

On Monday, August 21, the moon will totally eclipse the sun on its progression over the North American continent, beginning in the Pacific Northwest. This stellar spectacle will be viewable in a broad swath through 12 states, from Lincoln City, Oregon, to McClellanville, South Carolina. Some locations along the path, such as Casper, Wyoming, are throwing such big celebrations that hotels and campgrounds are already booked to capacity. For a little less than three minutes, spectators within the path of totality will witness the moon darkening the whole of the sun, causing the shimmering — and still very bright — sun’s corona to radiate like a sunflower around the shadow of the moon. It is dangerous to look at the sun during a partial eclipse, so make sure you have solar eclipse glasses with a designated ISO 12312-2 international standard. | Photo courtesy of Bree~commonswiki, Creative Commons

An eclipse occurs when a New Moon passes between the earth and the sun. The sun is approximately 400 times farther from Earth than the moon. It’s also about 400 times bigger than the moon, which is why, from our perspective, the moon and the sun appear to be about the same size — and why the moon is able to totally eclipse the sun. Shadows on Earth will sharpen as the moon crawls over the face of our solar system’s central star. The temperature drops, birds cease their singing. For a few minutes it will become utter night.

This solar event is extremely rare: It’s the first solar eclipse to travel across the entire country, coast to coast, since 1918! It’s also the first to touch the U.S. since 1991 and the first to hit the mainland since 1979.

Although the eclipse will not be complete in Indiana — Evansville will experience a 99 percent eclipse and Bloomington will be at 94 percent — you needn’t go far to get the “total” experience.

Hopkinsville, Kentucky, known as “Eclipseville,” is about an hour and a half south of Evansville on I-69. Near this little farm town, the moon will pass closest to the earth during its blockage of the sun, resulting in an amplified solar corona. Event organizers in Hopkinsville are offering bourbon tastings and bluegrass jams throughout the day, and solar glasses will be available for $1. When the sky goes dark, you may even catch a glimpse of the “little green men” who made the area around Hopkinsville famous with their alleged invasion in 1955. If diminutive aliens aren’t your speed, then visit Paducah, Kentucky, near where Indiana, Kentucky, and Illinois meet. Paducah, a pleasant river town, is also directly in the path of totality and will offer spectators a few minutes to witness the complete darkening of the sun. In both of these locations in Kentucky, the partial eclipse will begin just before noon central time, leading to a total eclipse that will occur for a few minutes around 1:20 p.m., with the sun returning to full strength by 3 p.m.

From Evansville, it’s not too far of a drive west to Carbondale, Illinois, where Southern Illinois University–Carbondale will host several eclipse festivities, lectures, and viewing opportunities. Most notably there will be a public viewing at the football stadium and a chance to be right at the point of greatest duration of the total eclipse in Giant City State Park, located in the Shawnee National Forest, south of Carbondale. Totality will occur at about 1:20 p.m. CDT and last for 2 minutes and 41 seconds.

Carbondale is called the Eclipse Crossroads of America because a second total eclipse on April 8, 2024, will pass perpendicularly through this year’s solar path just south of the Southern Illinois University campus near Cedar Lake, which is also in Shawnee National Forest. In fact, most of Indiana falls within the central path of the 2024 eclipse. Bloomington will be almost directly within the umbral center — take it or leave it, but I bet hotel rooms will be at a premium.

If you will be viewing this year’s eclipse from Bloomington, you’ll still get a partial eclipse, at 94 percent coverage of the sun. The entire eclipse will last 2 hours, 51 minutes, 47 seconds from beginning (12:57 p.m. EDT) to end (3:49 p.m. EDT), with 2:25 p.m. EDT being the point of maximum eclipse. If you are affiliated with Indiana University, the College of Arts & Sciences and the Council for Arts & Humanities will host an event for IU students, faculty, and staff at the Conrad Prebys Amphitheater just west of Bryan House. Paynetown SRA will also be holding a viewing for the public at Lake Monroe. Other great places to watch will be anywhere with open sky — the fields at Bryan Park, the parking lot near Memorial Stadium and Assembly Hall, an open area in a state park (where you might be able to observe how animals react), maybe even your own backyard. WonderLab is having a solar eclipse prep day Saturday, August 19, where kids can learn more about eclipses and take home an eclipse viewer. While a partial eclipse will be passing over Bloomington, the total eclipse’s path crosses nearby through our neighbors of Illinois and Kentucky. | Illustration courtesy of timeanddate.com

Wherever you choose to view the eclipse — be it partial or total — you will want to get a pair of certified solar eclipse viewing glasses, which are specially designed to protect our eyes from the sun’s still harmful rays. Only during a point of totality is it safe to look at the eclipse with naked eyes. Regular sunglasses won’t work; many vendors in cities across the U.S. will be selling the specialty glasses, or you can get them online for pretty cheap. I got mine at 2017solar.com in support of their charity work. Or you can create your own cool pinhole camera and watch a projection of the whole eclipse.

Whether you’re a space nerd, an outdoor enthusiast, or you just want to see something really cool and out of the ordinary, the 2017 solar eclipse will be worth experiencing. If you’re able to venture into the path of totality, lucky you! But if you’ll be viewing the partial eclipse from anywhere, including Indiana, be sure to protect your eyes. And hope for clear skies!

Also of note: Clifty Falls State Park near Madison will be hosting educational and recreational events in celebration of the eclipse between the hours of 2 and 3 p.m. on August 21st. Although Madison is not in the path of totality, viewers can observe a partial eclipse (93.75 percent) from the park.

Check out these websites to start planning your own eclipse extravaganza: