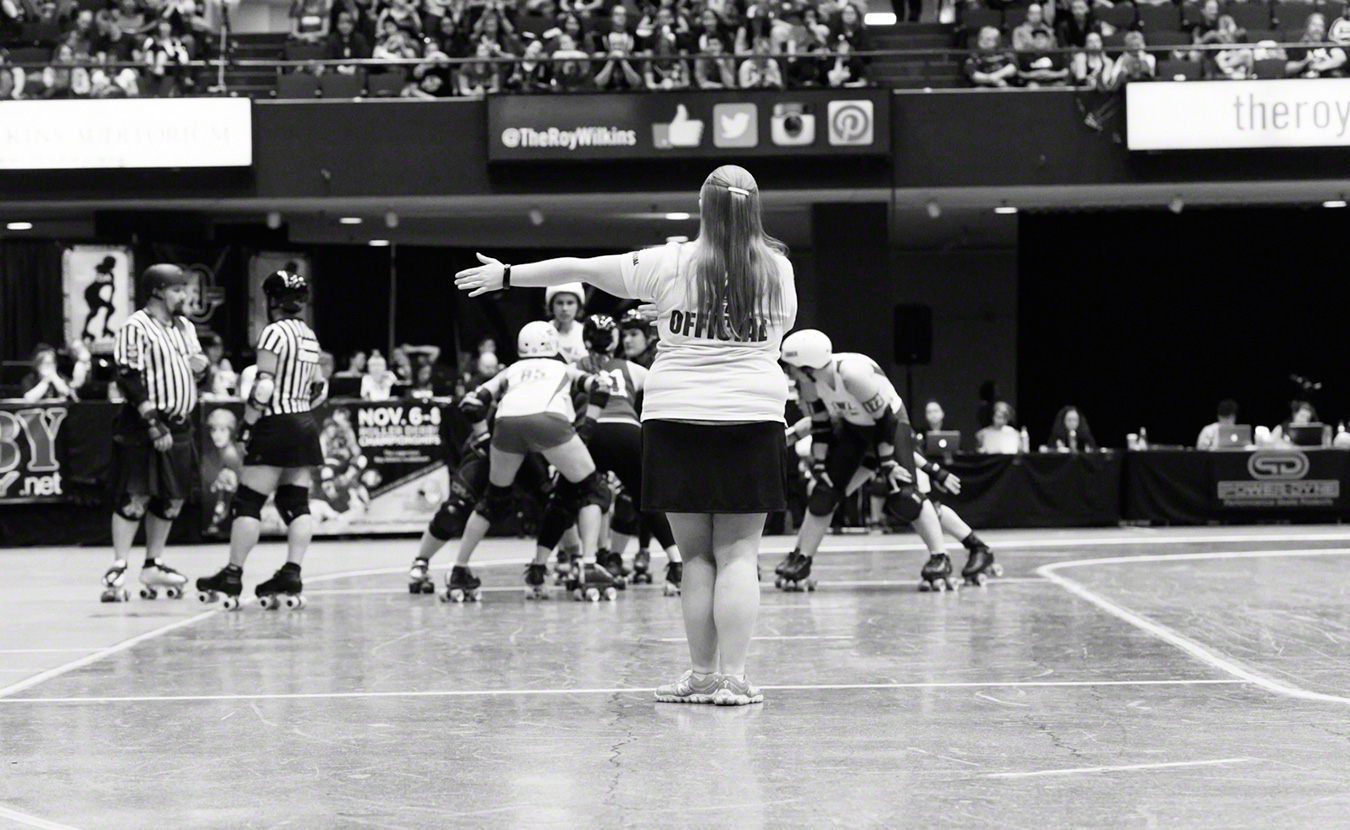 Bekka Potter, whose roller derby name is Silken Tofu, clocks a time out during the Women's Flat Track Roller Derby Association's (WFTDA) Championship Tournament in fall 2015 in St. Paul, Minnesota. Tofu is one of the top four WFTDA-certified Non-Skating Officials (NSOs) in the world. | Photo by Bob Ayers

When someone says “roller derby,” you might think of skaters pushing their way through the pack to score points, or of the referees, in black and white stripes, sending skaters to the penalty box after an errant hit with the arm. But there is another essential group on game day, in sneakers rather than on wheels, and no bout could go on without them: Non-Skating Officials, or NSOs.

This weekend, Bleeding Heartland Roller Derby (BHRD) is putting on 12 bouts in its 6th annual B-Cup Tournament at Frank Southern Ice Arena, and one of the top four NSOs in the world will officiate. Bloomington’s Bekka Potter, whose derby name is Silken Tofu (or Tofu for short), will be Tournament Head NSO. NSOs like Tofu do everything from run the game clock and scoreboard to manage the penalty box and track statistics. While the rules officially call for only seven NSOs, it ideally takes 12 to fully staff a game — all of whom are volunteers. | Photo by Cory Layman

Non-Skating Officials do everything from run the game clock and scoreboard to manage the penalty box and track statistics. While the rules officially call for only seven NSOs, it ideally takes 12 to fully staff a game — all of whom are volunteers. Tofu officiates almost every weekend in home league scrimmages, interleague bouts, and international tournaments. She was head NSO at one of Women’s Flat Track Derby Association’s (WFTDA) International Playoffs Tournaments this past fall. There are more than 175 WFTDA-certified NSOs in the world, and Tofu is one of only four at Level 5, the highest tier of certification.

In 2008, some of Tofu’s derby friends tempted her to try the sport, but she declined, claiming she was too uncoordinated. She says she cannot for a moment imagine herself coasting down the B-Line Trail on a pair of roller skates, let alone gliding around in a circle of high-impact, full-contact, competitive game play. However, in order to support her skating friends, she began to volunteer as an NSO for BHRD, and by 2010 she had become head NSO for the league. When Tofu began, a group of BHRD volunteers had dubbed themselves the “Meat Department” — with such names as Sir Loin and Counselor Chum — so she chose the name Silken Tofu in order to stay true to her vegetarian lifestyle.

Roller derby has grown rapidly thanks to people like Tofu who have dedicated their time and passion to the sport. There are currently 369 WFTDA leagues around the world, as well as 76 on their way to becoming full members of WFTDA and countless more that are unaffiliated with the association. The tight-knit derby world has allowed Tofu to make friends with people all over the country — and even the world — as well as to keep in touch with the ebb and flow of Bloomington’s transient population. “I love meeting all the new people who come and trying to stay connected with those who leave [Bloomington],” she says.

Tofu says the traveling aspect of the position has been a huge plus for her. Because of her high level of certification, she’s also been called on to teach other NSOs. In July, she’ll travel to the United Kingdom to lead an officiating clinic. But this weekend the eight teams participating in B-Cup are coming to her. Tofu (second from left) spends many of her weekends traveling for roller derby, including with Bleeding Heartland Roller Derby, pictured here competing in Nashville, Tennessee, in 2014. | Photo by Cory Layman

Somehow, Tofu finds time to hold a full-time position at the Indiana University College of Arts and Sciences and teach ballet classes at Windfall Dancers. “Teaching ballet helped me know how to teach other officials once I began leading certifications and leading officiating clinics,” Tofu says.

Even though the roller derby movement is growing rapidly, it’s not without its challenges — most leagues run mostly on volunteers and few funds. But despite those challenges, for Tofu, derby has allowed her to stay involved with her friends, family, and passions and has been dynamic enough to keep her engaged through the years. 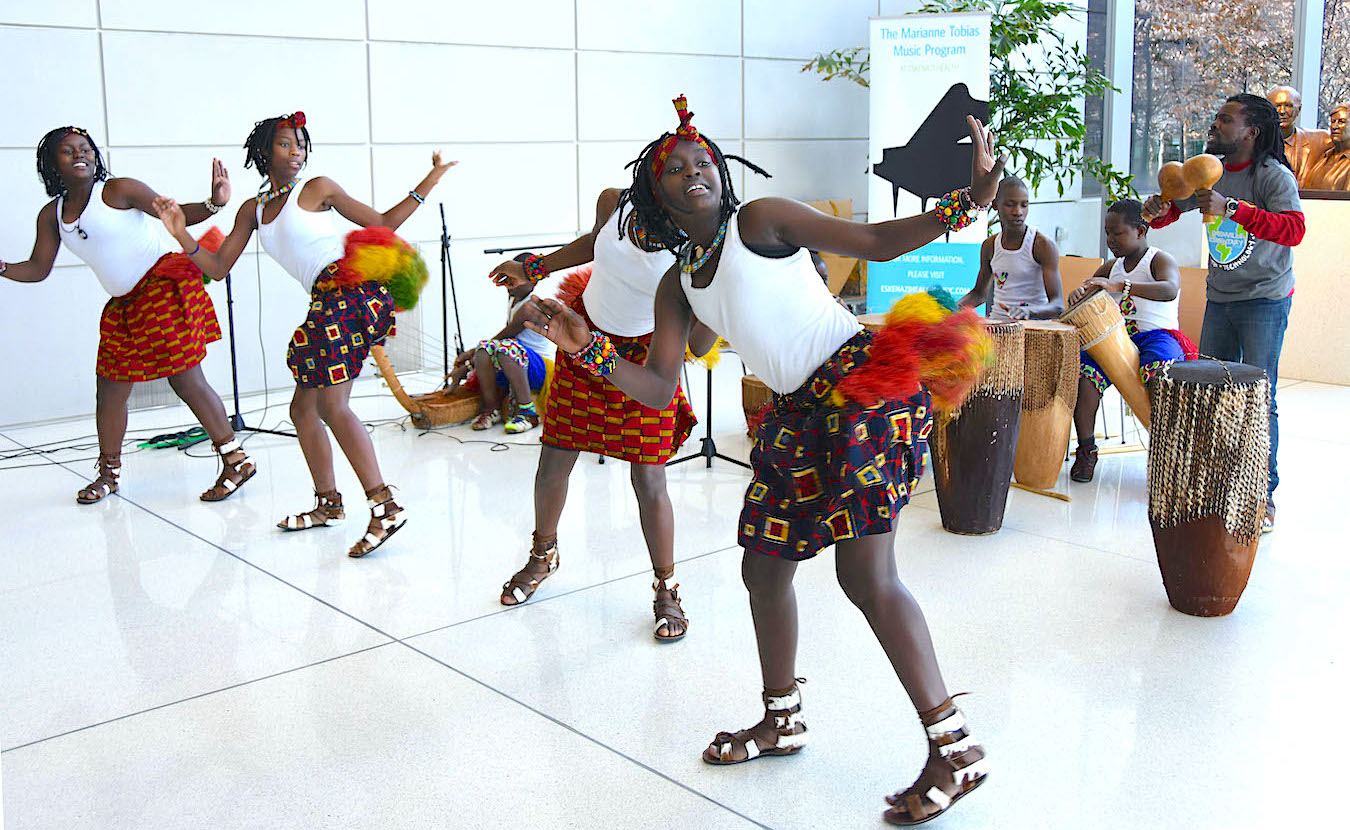 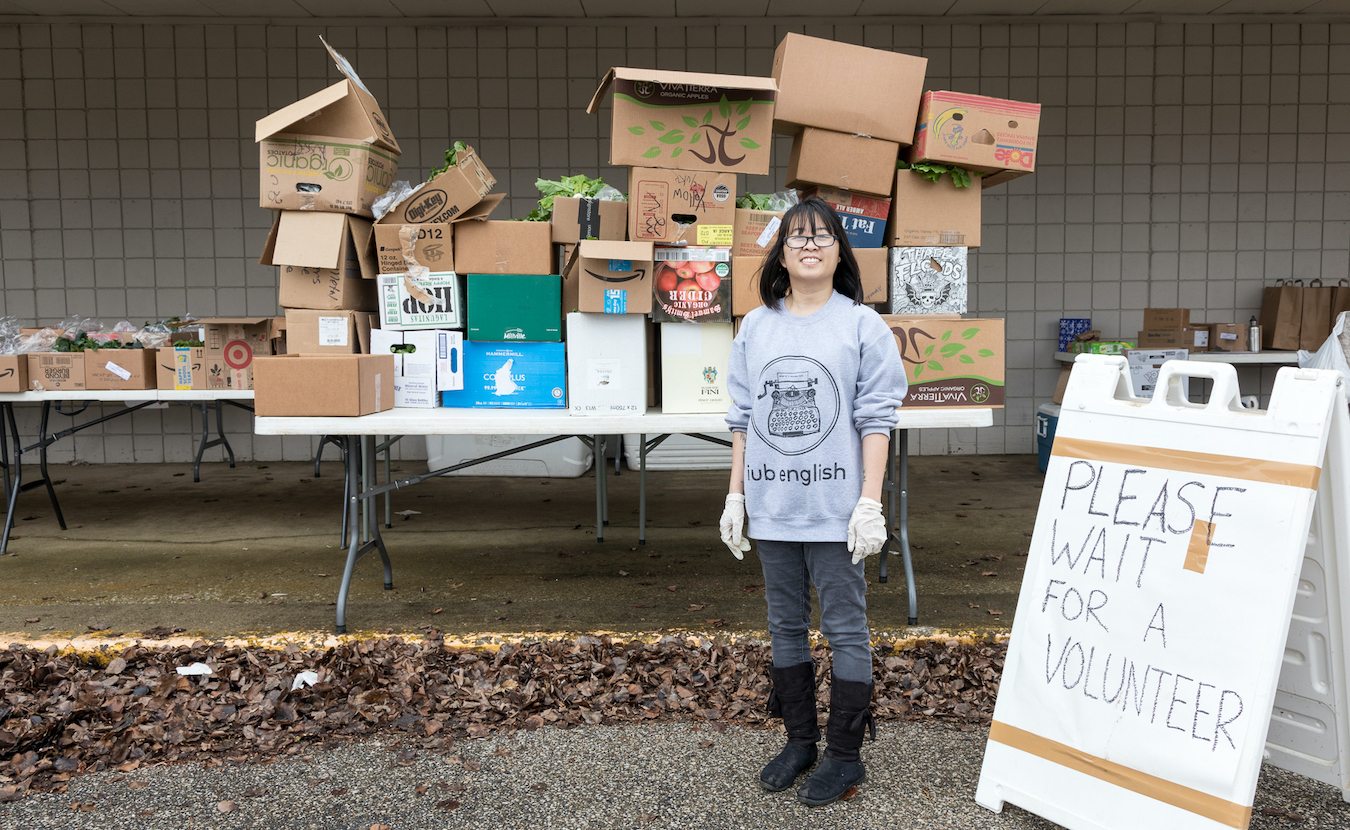 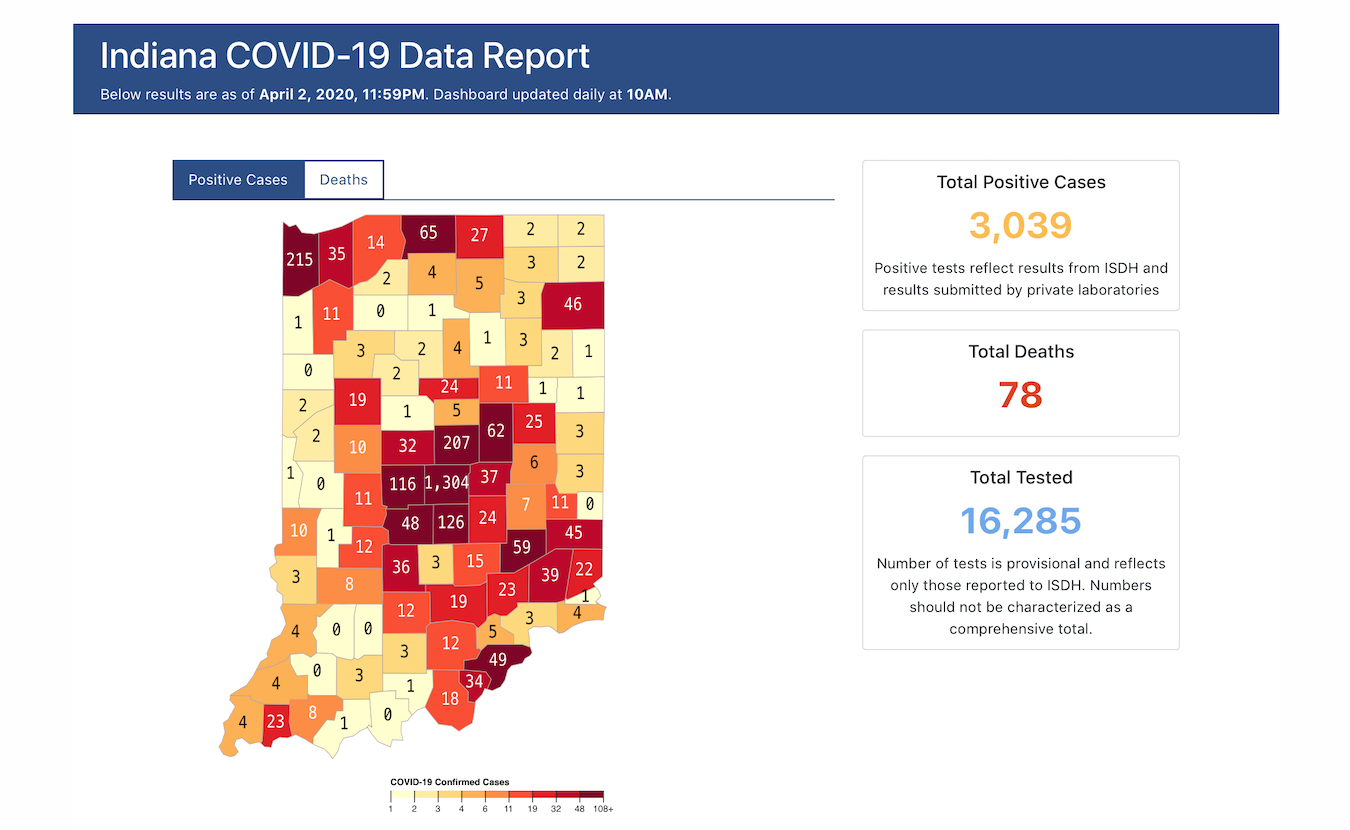