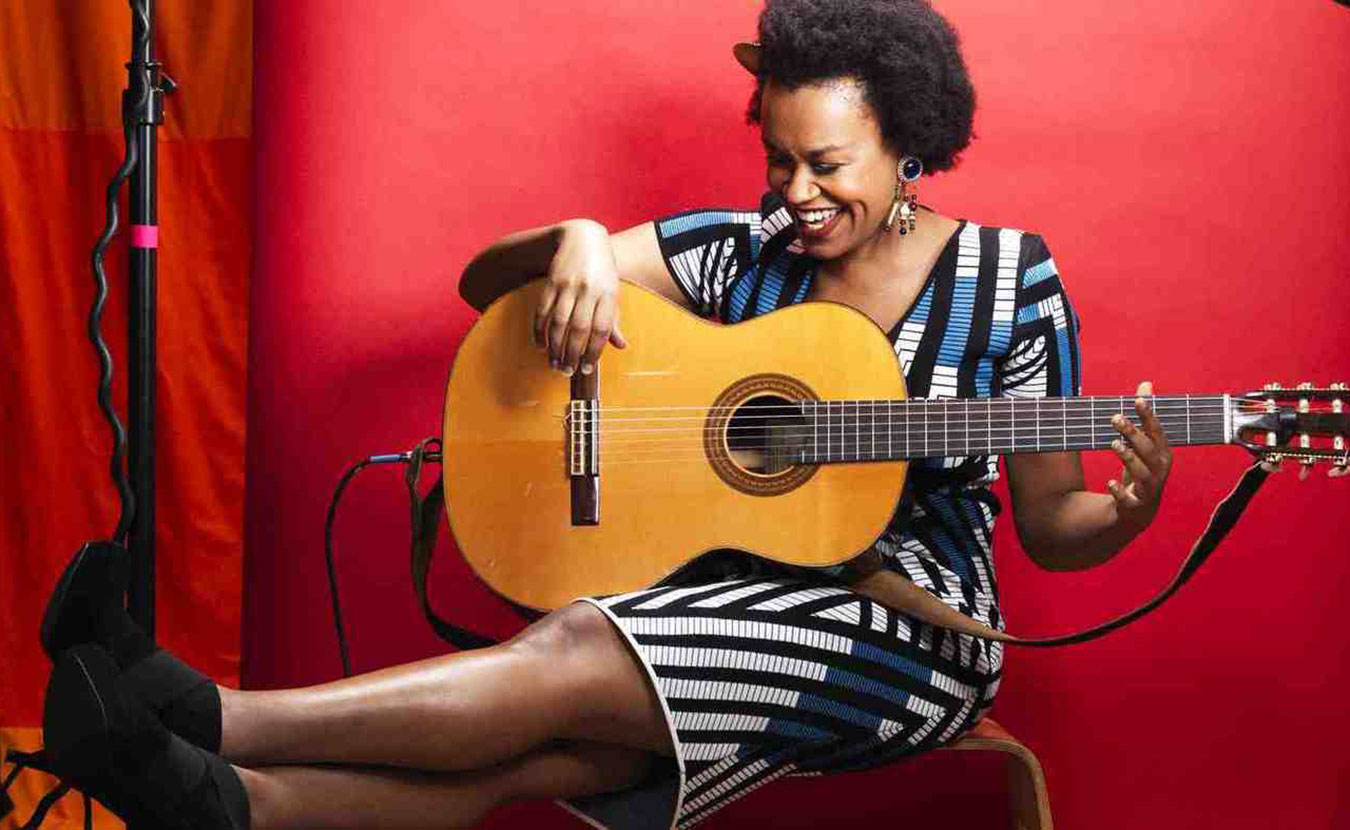 [Editor’s note: This is part 3 of our series on the 24th annual Lotus World Music and Arts Festival by Benjamin Beane. Click here to see the lineup of this year’s Lotus, and click here to learn more about the band Väsen, from Sweden, and Alash, master throat singers from Tuva, a small republic in the heart of Central Asia.]

“I get to communicate a way of being that has been my whole life, but is not too visible in a broader sense. This is who I am, who my community is, and how my country is — I get to have that conversation through the music,” says Meklit Hadero.

Widely known as just Meklit, the Ethiopian-born, Oakland-raised, Ethio-jazz musician and philanthropist will perform at the Lotus World Music and Arts Festival on September 29 and 30, after previously appearing in 2010. “I really had a wonderful time at my first Lotus Festival,” she says. “My expectations [this year] are in line with experience — interconnection, the sense of communion between global and local, and really high-quality music. We look forward to rockin’ it for the people in Bloomington.” While writing her music, Meklit thinks about what it will mean to an Ethiopian audience, whether they are in Ethiopia or abroad in countries like the United States or the United Kingdom. | Courtesy photo

The singer-songwriter was especially impressed with the festival’s effort to “create a vibe” between fellow musicians and with the friendliness of the attendees, with whom Meklit felt “interconnected in a positive way.”

Accompanying Meklit will be her core band members: drummer Colin Douglas, saxophonist Howard Wiley, percussionist Marco Peris Coppola, and bassist Sam Bevan. Their combined rhythm will complement Meklit’s vocals, in both English and Amharic, as well as her guitar and krar, a six-string Ethiopian lyre.

Meklit’s Lotus performances will promote her new album, When the People Move, the Music Moves Too, which reached number four on the iTunes World Music Charts within hours of its release on June 23. The album is inspired by a conversation she had with her mentor and the godfather of Ethio-jazz, Mulatu Astatke, in 2011: “He asked me, ‘What is your contribution? What is your unique take?’ And I thought about it for three years.”

One difference between Meklit and Astatke’s music is that Meklit uses traditional Ethiopian rhythms to create a more dance-oriented sound. Another is that Astatke’s music is mostly instrumental, while Meklit’s contains vocals, allowing her songwriting to tell stories in a much different way. Her expansion on the genre has resonated with audiences everywhere, but the sound did not come easy for her.

“One of the challenges is there’s a lot of pressure to be one thing or another,” says Meklit. “It’s been hard to carve out a space where you’re everything at once — do I belong at world festivals, jazz, pop? All three? I actually think this particular album has broken through that. Each song has all those traditions.”

Before her Lotus Festival appearance, she will hold a series of shows in Ethiopia for their new year’s celebration in September, as well as travel to Arusha, Tanzania, to attend and perform at the TED Global Conference.

Meklit was named a TED Global Fellow in 2009 and a TED Senior Fellow in 2011; her 2015 TED Talk, “The Unexpected Beauty of Everyday Sounds,” has been viewed more than 1.2 million times. The talk explains that everyday soundscape, including birdsong — and even silence — creates music.

Other career achievements include receiving musical commissions from the Lincoln Center for the Performing Arts in New York City and the MAP Fund, and acting as an artist-in-residence at New York University and Purdue University. She has also collaborated with well-known saxophone player Pee Wee Ellis, the BBC Philharmonic, and NASA Astrophysicist Jon Jenkins, who assisted her in developing the space-themed hip hop album, Earthbound, when she was part of the musical trio, CopperWire.

In addition, Meklit cofounded the Nile Project in 2011 with ethnomusicologist Mina Girgis. Combining music, education, and an enterprise platform, the project addresses cultural and environmental challenges among 11 countries along the Nile basin. Musicians from these countries collaborate to “expose audiences to the cultures of their river neighbors,” according to the project’s website. By partnering with local universities and utilizing interactive workshops and free online courses, the Nile Project aims “to shift the Nile from a divisive geopolitical argument to a uniting East African conversation.”

While writing her music, Meklit thinks about what it will mean to an Ethiopian audience, whether they are in Ethiopia or abroad in countries like the United States or the United Kingdom. “[Ethiopian] people are excited about the music, but also adding another layer to the story,” Meklit says. “The fact that there’s been so little storytelling about Ethiopian people, they are excited to have one more voice that’s different than what you typically hear.”

As much as her music is about representing Ethiopian people and adding to their story, it also tells her own. Her style’s balance between immigrant and American music shows what it was like growing up in the United States and experiencing life through two different cultural lenses. Much of her early success in the Bay Area came from working on behalf of the arts and artists, in general, and making connections with musicians more advanced than she was. These early connections shaped her understanding of music, and what message she wanted to convey with it. Another musical trailblazer performing at this year’s Lotus Festival is a modern master of the centuries-old, lute-like stringed instruments from Persia — the tar and setar — and an innovative teacher of Persian music: Iranian Sahba Motallebi.

The tar is a long-necked instrument, with a fingerboard containing twenty-five to twenty-eight adjustable gut frets, as well three double courses of strings, played from the waist. The setar is a similar instrument to the tar, but with a narrower neck and only four strings.

Motallebi’s music, which she tries to keep new and exciting, draws inspiration from her time studying in Russia and Turkey and adopts elements of blues and jazz. “New generations, teenage or younger, want to come and hear something new,” she says, “so this music interests them. Because while we are rooted in tradition, we apply unique ways, ideas, and techniques to it.”

Like Meklit, Motallebi is dedicated to philanthropic work and serving as a role model for underrepresented groups. Currently, Motallebi is releasing instructional materials and teaching students online, inspiring a new generation of tar and setar players.

At Lotus, Motallebi will perform alongside Persian percussionist Naghmeh Farahmand, whom she met in Iran and has known for some time. As the two played together, they discovered that they had many similar messages they wanted to give to the world and especially to women, to inspire confidence in those who lack a voice. “[We] want to give young girls and women lots of hope and happiness — try to make their life lighter,” Motallebi says.