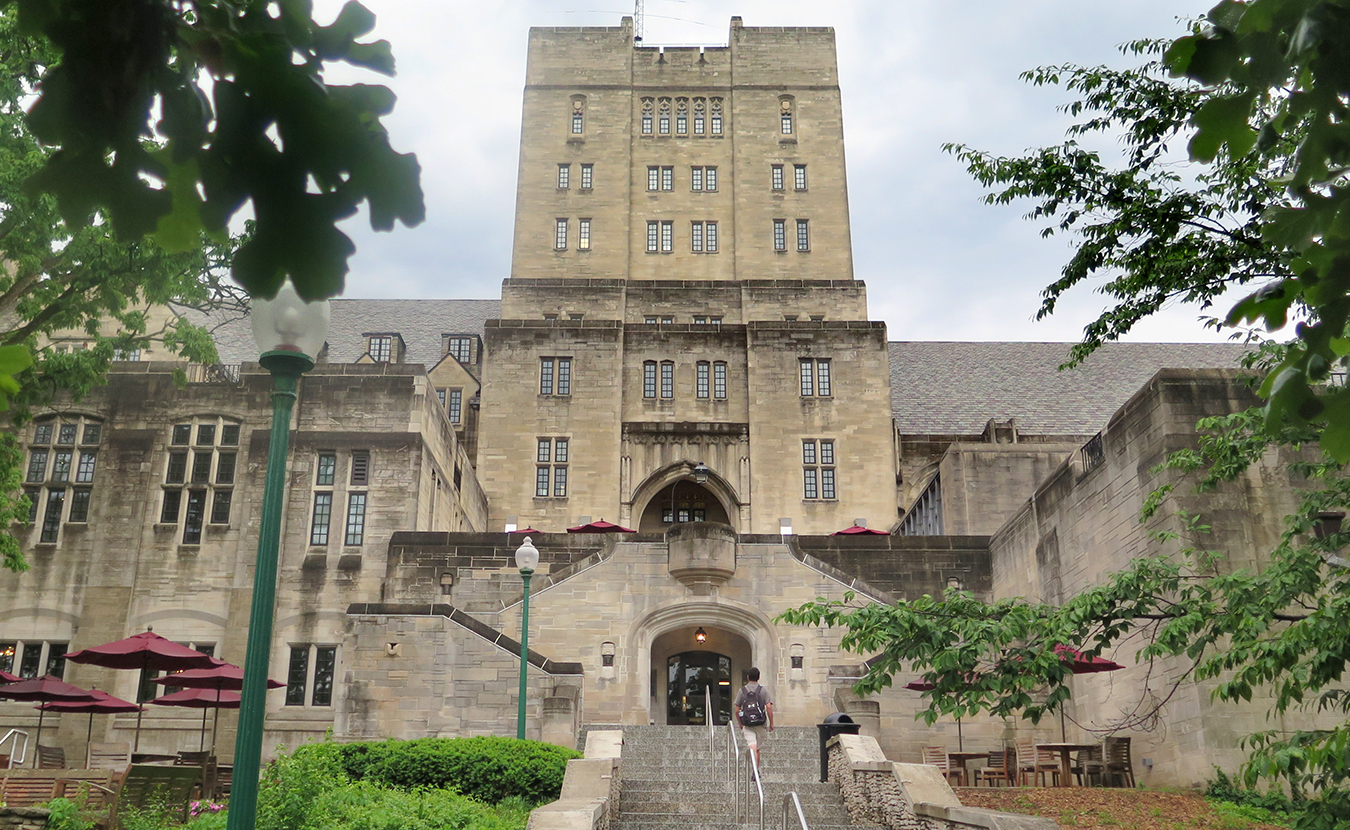 Single city blocks all over Bloomington generate more rooftop solar energy than the entirety of Indiana University’s Bloomington campus, says writer Matt Flaherty. IU's energy comes overwhelmingly from the burning of fossil fuels (coal, natural gas, and fuel oil). The Indiana Memorial Union (pictured here) is one of only four buildings on the IUB campus with a solar photovoltaic system installed and on the grid. | Limestone Post

I was saddened to read in a May 15 article in The Herald-Times that Indiana University’s electricity costs for air conditioning have increased by about $1 million over the last decade. This is the result of an increased number of warm days each year that require cooling, as well as an increase in average temperatures across that range. Read: climate change. Thankfully, total electricity costs over the same period are down due to recent energy-efficient renovations.

Even so, I worry about the source of IU’s electricity, which comes overwhelmingly from the burning of fossil fuels (coal, natural gas, and fuel oil). What I found so disheartening about the article were the comments of IU Vice President of Capital Planning and Facilities Tom Morrison in connection with solar energy — comments that I think are shortsighted and misleading.

According to IU’s most recent annual sustainability report, it has just shy of 41 kilowatts of rooftop solar photovoltaic capacity installed. To put this dismal number in context, that’s equivalent to about five or six houses with rooftop solar. There are single city blocks in neighborhoods all over Bloomington that generate more rooftop solar energy than the entirety of the IU-Bloomington campus. 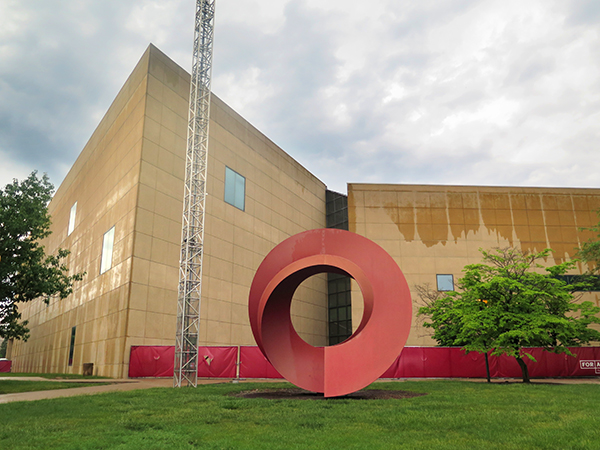 The IU Eskenazi Museum of Art is another campus building with solar panels. | Limestone Post

Put another way, just last year residents and businesses in Bloomington added 25 times as much new solar capacity as IU currently has. And the City of Bloomington, alone, is on its way to installing 5 megawatts of capacity on municipal sites, totaling about 125 times as much as IU.

Morrison offers a number of reasons as to why this is so. However, they mostly fall apart upon inspection.

First, Morrison explains that since IU is a nonprofit institution, it doesn’t get the same tax credits that homeowners get when they install solar. While this is true, arrangements like power purchase agreements, where a third party owns the panels (and is thus able to use the tax credit), can yield similar savings for universities.

On top of this, IU would be able to install solar panels on a commercial scale, which costs only about two-thirds as much per watt as in the residential sector. This more than makes up for the 30 percent tax credit IU would be missing out on.

Next, Morrison argues that solar power isn’t justified because IU can’t sell excess power back to the grid. But that would be relevant only if IU were trying to cover all of its electricity needs with solar (i.e., a net-zero energy campus). It could easily cover, say, 50 percent of its needs without ever having to worry about solar power generation exceeding demand.

Morrison also states that a solar farm large enough to power campus would take up too much real estate. However, this argument suffers from the same fallacy as his previous one. The inability to cover 100 percent of electricity demand with solar power isn’t a compelling reason to cover next to none.

Moreover, using only parking lots and the roofs of buildings, the university could easily install enough solar panels to meet a large portion of its energy load without the need for any new real estate. One can look to the Bloomington City Hall parking lot or a massive solar parking lot at Michigan State University for examples.

Finally, Morrison invokes the need to save taxpayer and student money with financially prudent choices. He says that the university would like to make its money back on investments within ten years. But this is an arbitrary standard that makes no sense in this context. 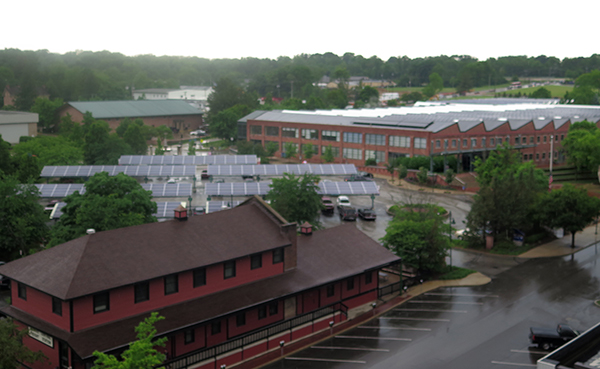 Installing solar panels in parking lots, such as at Showers Commons (pictured here), and on the roofs of buildings would allow the university to have enough solar energy to meet a large portion of its energy load without the need for any new real estate, says Flaherty. | Limestone Post

Typical solar panels are warrantied to perform at 80 or 90 percent of maximum capacity for 25 years or more. Not only would solar panels pay for themselves in a more reasonable timeframe, they would continue to generate free electricity for the university for many years after the capital costs are recouped.

However, what’s most troubling to me is that all of the foregoing tenuous arguments Morrison puts forth miss a key point. Namely, that a dollars-and-cents analysis of solar power is the fundamentally wrong approach for IU to take.

In most of the U.S., there is currently no price on greenhouse gas emissions (a few regional climate change initiatives are the exception). This means that the electricity that IU buys, which comes mostly from coal, is artificially cheap. It passes on the high costs of a changing climate to future generations and to those least able to cope with the damage.

We know that a business-as-usual approach is quickly leading us to catastrophic climate change. Indeed, many IU researchers have contributed to the overwhelming body of scientific evidence showing that humans are causing the rapid rise in global temperatures.

Yet business as usual is exactly what Morrison and the IU leadership have chosen to pursue in this case — the lowest-cost option, despite knowing how truly damaging it is. To me, this is a moral failing. Climate change is largely a global collective-action problem, and it’s up to IU to do its part.

We Are Still In is a group of cities, states, educational institutions, and other organizations that have pledged to meet Paris Agreement targets on climate change mitigation: more than 300 universities have signed on, including seven Big Ten schools. The City of Bloomington has signed on, too, as has Monroe County. IU is conspicuously absent.

I believe IU can and should be an energy leader, setting a standard that matches its “Fulfilling the Promise” campaign. In the campaign’s marketing materials, IU asserts: “We believe that our community needs us — and that every city, town, and village on the planet is part of our community.”

If only IU leadership would take this message to heart.

Matt Flaherty holds degrees in civil and environmental engineering (University of Illinois, '07) and law (Indiana University, '10). Following his graduation from IU's Maurer School of Law, he practiced patent law with the Chicago law firm Winston & Strawn LLP. For the last several years, Matt has pursued an entrepreneurial career in the outdoor and trail running industry — as a professional runner, a freelance writer, and a run-coaching small business owner. Last year, he returned to IU's SPEA program to pursue a dual master's degree program in environmental science and public affairs. At SPEA, Matt is studying energy and climate issues. He hopes to synthesize his past engineering and law experience, as well as his passion for the outdoors, in a career in energy and environmental policy. He is currently a junior associate with the non-governmental organization, International Centre for Trade and Sustainable Development, where he is working on sustainable energy and climate change matters within the global trade framework.
Tagged
Comments 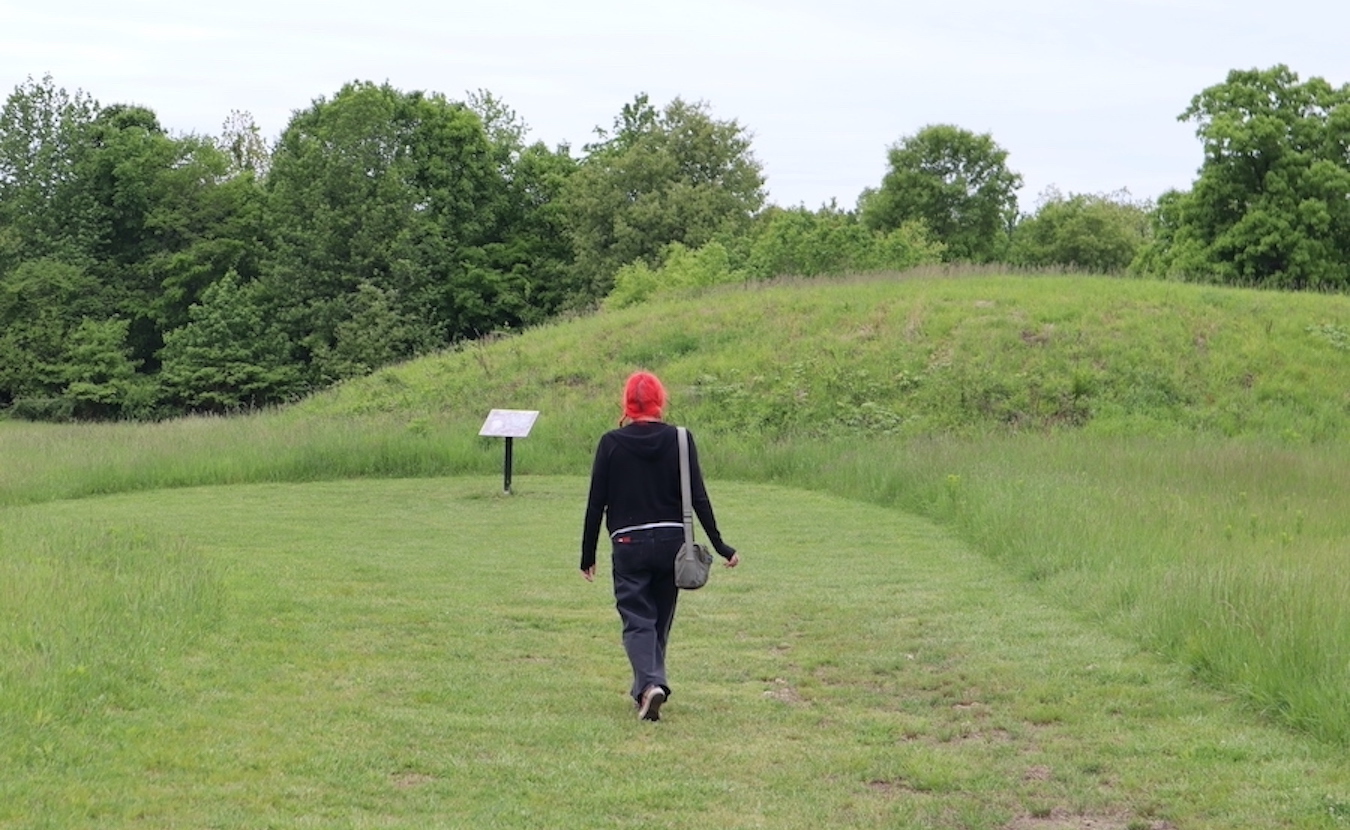 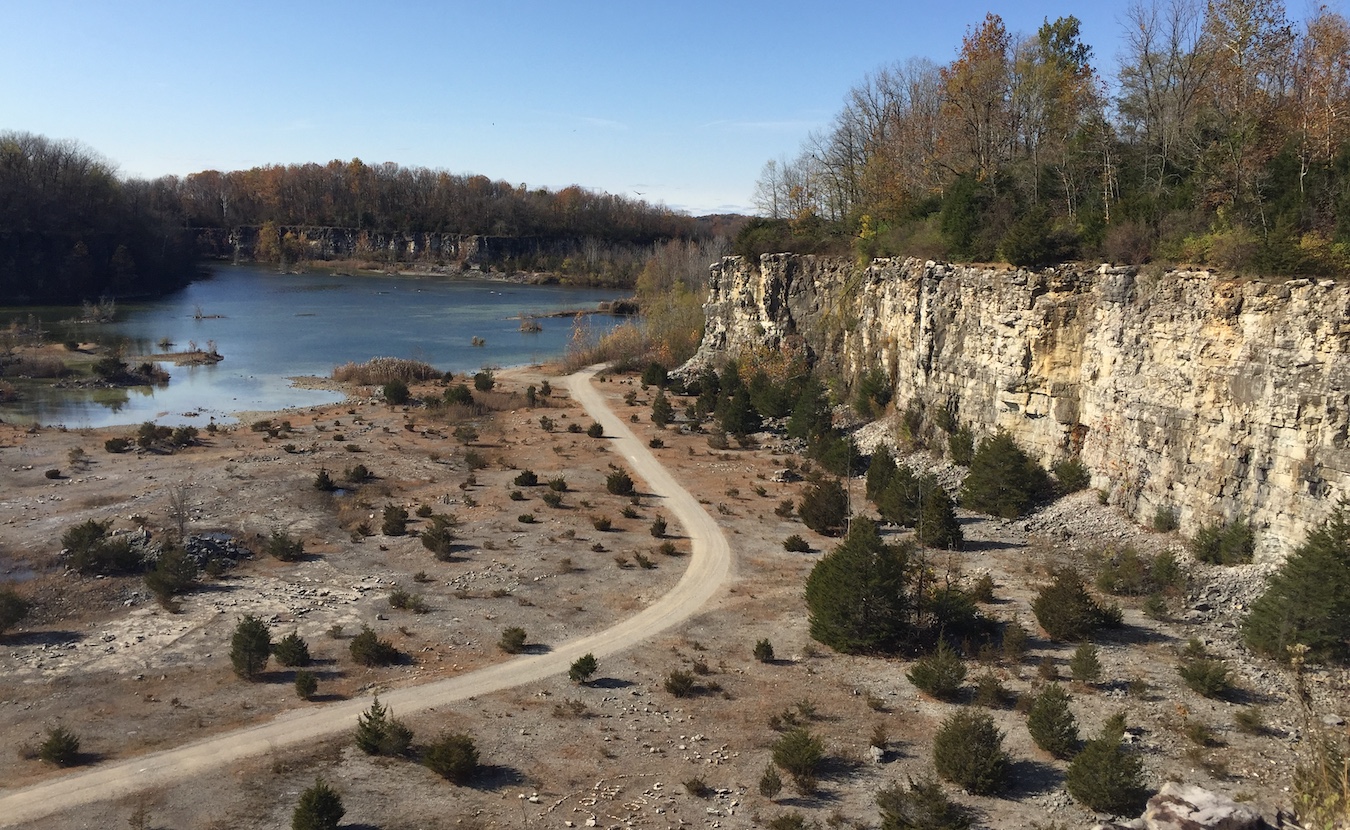