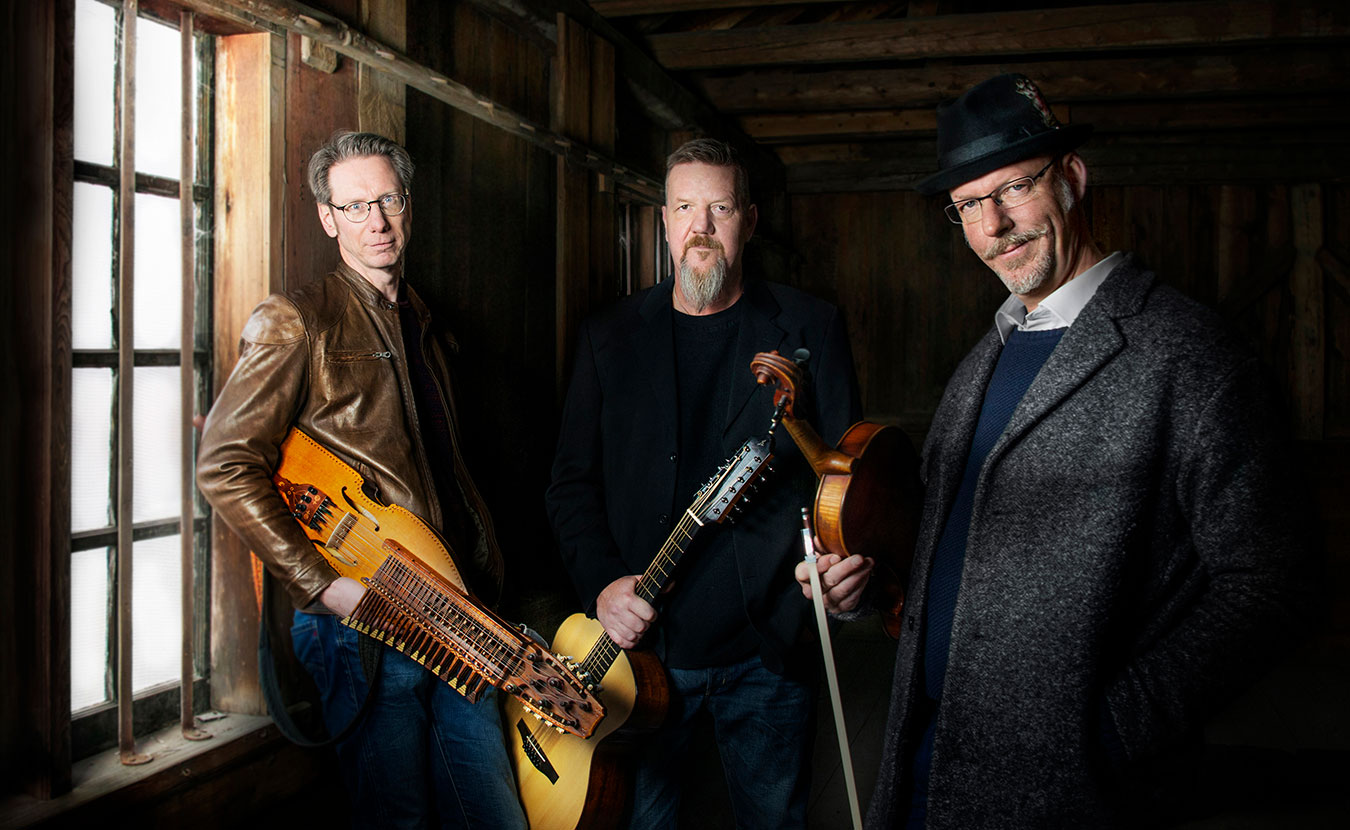 Olov Johansson, nyckelharpa player for the Swedish band Väsen, could hardly believe that he, violist Mikael Marin, and guitarist Roger Tallroth, will be performing at their ninth Lotus World Music and Arts Festival, which is taking place September 28 to October 1.

For those festival-goers who have missed Väsen’s previous eight performances, a nyckelharpa is a traditional 12-string Swedish instrument, played with a bow, and equipped with keys that, when depressed, change the pitch of the strings.

The group’s unique sound is built from Tallroth’s baselines and harmonic structures on the 12-string guitar, with Marin’s five-string viola filling in the spaces. Johansson brings in the overtones, using the transparent sound of the nyckelharpa, by improvising off of the other two.

“I’d say we found the sound very early, but it has refined and developed a lot over the years,” Johansson says. “What we have developed the most is the interplay and the musical ideas.”

Now in its 28th year, Väsen has had a lot of time to develop these ideas and work on its sound. Johansson and Marin have been jamming together since around 1980 and often traveled to the Uppland region to learn and play traditional music with older musicians. Johansson first met Tallroth at a music gathering in Røros, Norway, in 1989. The group added percussionist André Ferrari, who typically doesn’t tour outside of Sweden, in 2002. Väsen has been playing together for nearly 30 years. | Courtesy photo

In 1990, Johansson became world champion of both the modern chromatic and older historical nyckelharpas at the first-ever Nyckelharpa World Championships at Österbybruk, Sweden. Johansson’s newfound recognition propelled the group’s debut album, despite some backlash for its reshaping of traditional music. However, in that innovative sound, Väsen found a new audience. In total, they have released 17 studio albums, have been featured on others, and have gone on yearly tours outside of Europe.

Just this past year, Väsen’s tour has taken them to countries such as Japan, Belgium, the United States, Germany, Denmark, and Norway, among others. While their uptempo improv resonates with fans everywhere, Johansson claims certain countries react in different ways.

“In the U.S., audiences are usually very spontaneous and react immediately to what happens on stage,” Johansson says. “In Japan, for example, the audience is much more quiet and responds on a different scale, so to speak.”

Between trips, Väsen was able to release its newest album, Brewed, in late April. As usual, the album contains the group’s famous three-beat rhythms in the style of polska and the waltz. While Johansson says the band doesn’t come up with their setlist until the last minute, he thinks their Lotus performance will mostly comprise songs from their latest release.

Väsen made its Bloomington debut in 1998, at the fourth-ever Lotus Festival. Since then, they have grown immensely in popularity, becoming one of the festival’s headlining groups.

“The first time we played at the Lotus Festival, we played in a very small venue, and the last times we have played in larger venues filled with happy listeners,” Johansson says. “We feel there is a real appreciation for our music, and we also have fun meetings with other musicians performing at the festival.”

It’s quite rare for a band to stick together for nearly 30 years, but Väsen shows no signs of slowing down anytime soon.

“We are very much in the middle of playing and sharing our repertoire with audiences,” Johansson says, “but we are making plans for tours in South America for the first time, Japan, the U.K., etc. So in a couple of years, I’m sure we will be recording again to have more exciting music to play.” Another trio returning to the festival this year is Alash, master throat singers from Tuva, a small republic in the heart of Central Asia.

Bady-Dorzhu Ondar, Ayan-ool Sam, and Ayan Shirizhik learned the art of throat singing, which consists of simultaneously hitting a variety of pitches, from early childhood.

The Washington Post describes Alash’s throat singing as “a subsonic growl, a bullfrog’s croak, some electric barber’s clippers and a high-frequency whistle — all reverberating out of a single larynx at once.” They also called it “one of the most astonishing sounds a human body can produce.”

The three members formed their group, originally named Changy-Xaya, as students at Tuva’s Kyzyl Arts College in 1999. While in school, the three experimented with the traditional Tuvan sound by practicing on hybrid Tuvan-European instruments; they also listened to new trends coming out of North America.

The group believes that traditional music must constantly evolve, and, through their admiration for Western music, they’ve created their own unique sound. According to its website, Alash has been influenced by Western artists such as Sun Ra and Jimi Hendrix.

Alash’s first U.S. tour was in 2006, sponsored by the Open World Leadership program of the Library of Congress and the National Endowment for the Arts. Since then, they have performed yearly in the U.S., including their first Lotus Festival appearance in 2013. They have also worked with other bands, including the jazz ensemble Sun Ra Arkestra and Grammy Award–winning bluegrass and jazz band Béla Fleck and the Flecktones.

The ensemble earned first prize in Tuva’s International Xöömei Symposium competition in 2004, and both Bady-Dorzhu Ondar and Ayan-ool Sam have been named People’s Xöömeizhi [throat singer] of the Republic of Tuva, with Bady-Dorzhu Ondar becoming the youngest person to ever receive the prestigious award. In addition, the members of Alash swept top prizes at the fifth International Xöömei Symposium in 2008, and the following year Ayan Shirizhik was named a Merited Artist of Tuva.

Editor’s note: Check back for more profiles, videos, and exclusive interviews on musicians performing at this year’s Lotus World Music and Arts Festival. Click here to read the provisional lineup.