My Dad Voice: A Big Step to Fill 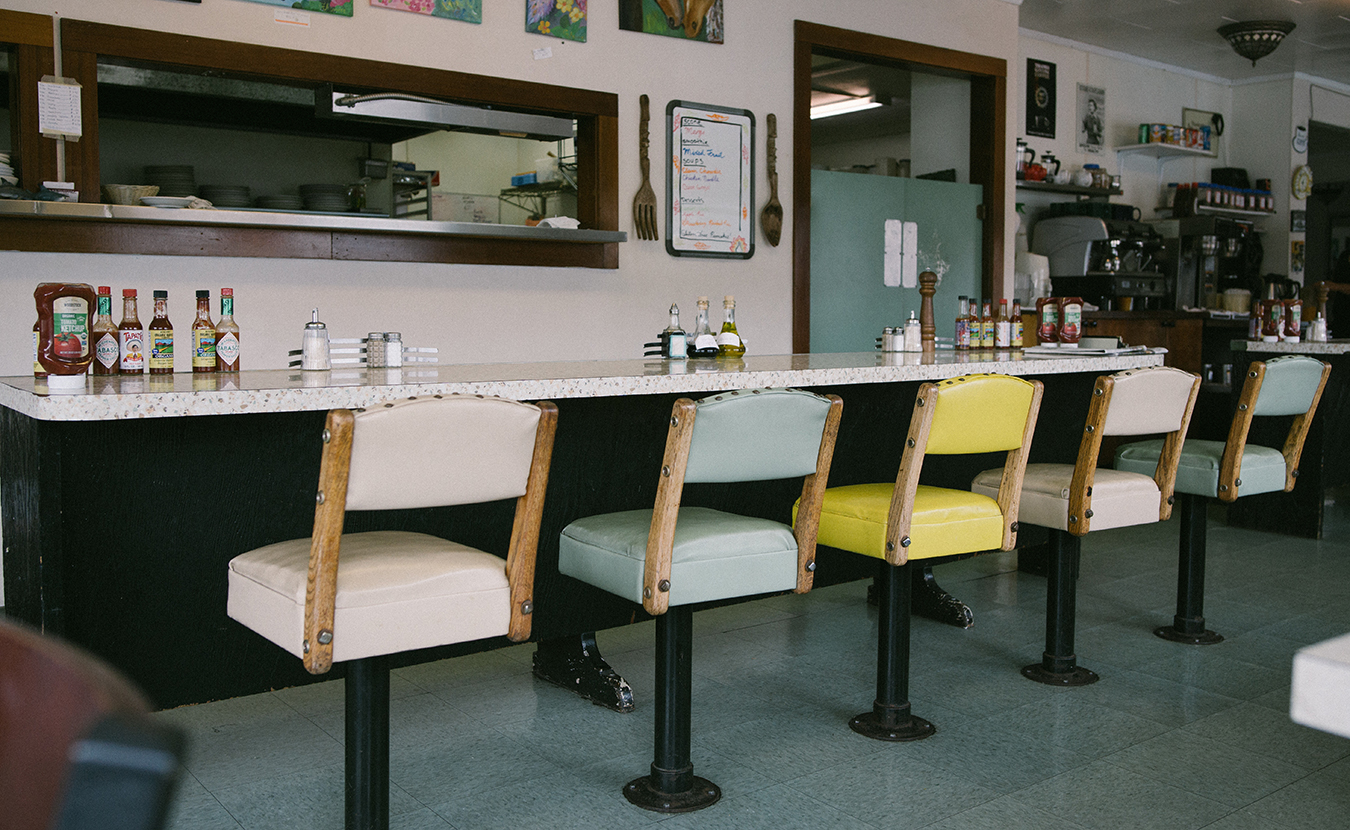 Old men yukking it up at a diner shows that “deep down inside, we’re all 12-year-olds who need something solid and predictable in our lives,” writes Troy Maynard. | Photo by adrian on Unsplash

If there aren’t groups of old men talking over coffee late into the morning, is it even a diner?

I’m next to a big cluster today, three tables pushed together, plates long empty and tented with used napkins, a dozen or so grandpas and pop-pops with several conversations going. They look each other in the eyes when they speak. They laugh, loud and often. The entire group reeks of that carefree vibe reserved for the retired.

I stare at their brazen display of laziness, and I have to wonder — when will I be old enough to get in on this? In my late forties, I have some respectable gray streaks, but I know I’m still years from the table.

The waitress brings my usual start, coffee with a glass of ice. I marvel at the ancient glass sugar jar. I pour more than I should, enjoying the thin stream of crystalized happiness. That, plus two creamers and some ice, and the coffee approaches drinkable.

A big laugh erupts from the “gray hairs, no cares” table. I’m reminded of my step-dad, Russell. He loved stories. He loved people. I can almost see him sitting among them, a big goofy grin, his eyes laughing as he tells a whopper.

I dump ice into the mug, cutting the scald. Normally I dump all the ice, but the gray sky and spitting rain outside convince me to keep a little heat in my cup.

I don’t talk about Russ much. I’m not even sure why not. He turned out to be a good guy and a better father than I had known. Not that I could have understood any of that back then.

“Do you know what you want, honey?” the server says. The place is packed and she’s hustling, but I know I have her full attention for the moment. It’s her art.

“Supreme omelet and a half order of biscuits and gravy,” I say.

She cocks an eyebrow as the corners of her mouth rise. “No pancakes today, sugar?”

We both chuckle as she flies away.

I hated Russ at first, of course, like any reasonable 12-year-old should. I resented his dumb face and his sudden appearance in my life. No one asked me. I hated his much bigger house, his kindness, his old-fashioned car. I hated the entire idea that I needed another father. I was doing just fine as Man of the House, thank you very much. 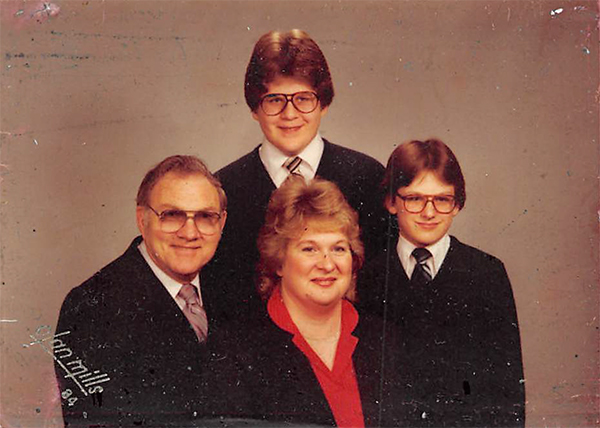 I was so utterly offended that he seemed to know people wherever we went. No trip to the grocery or restaurant was complete without him stopping, standing, jawing forever, that happy grin on his face. I could only groan, mortified. The ’80s were brutal for teenagers — we didn’t have earbuds or cellphones to hide behind.

The server drops my food with a smile and is gone. The omelet glistens with its square of fake American cheese and the butterflied biscuit is slathered in the lumpy, off-white love that my morning needs.

I was appropriately disgusted that Russ was 25 years older than my mom. He was ancient, had even served in WWII. He lied about his age at 16 to join the effort in the South Pacific. He had wild stories: the boot camp shenanigans, his friends wild-brewing “jungle juice” behind an island bunker. In quieter moments, he recounted driving the lead jeep off his transport ship, its wheels splashing into the waves of some beach, listening to bullets zing past his head. In the ensuing mayhem, he had to crawl alongside a moving bulldozer as it dug a giant trench into the beach, all while machine guns rained death around him. His company spent that first night dodging mortar shells in the dark. He wasn’t yet 17.

He made it home, thankfully, but he never forgave Japan. I suppose he didn’t have to. But, man, you should have seen his face when I pulled up in my first Honda. Priceless.

It took me a while to come around to him as father. He was just so inexplicably selfless, so unassuming — my rebellion never stood a chance. He was exactly the safe mooring I didn’t know I so desperately needed. He was rock solid in his infuriatingly simple way, with his plain clothes, hard work ethic, tidy house.

As it often goes, the shoe is now on the other foot. I was step-dad to an outstanding young man. I’m thrilled to have adopted him, all legit and legal. But, yes, I was definitely a step-dad for many years. It’s a tough job, never knowing where you fit in the dynamic, never totally sure when to speak up. Russ handled it so smoothly, effortlessly. I suppose it wasn’t intimidating to a guy who had stormed beaches. Bad news is — I’m just a geek sitting at a computer all day. I’ve never said I was qualified, and my God they’re big shoes to fill.

As the clutch of old guys starts to disassemble, it hits me. Russ always grinned so big when telling stories because people, those magical connections he made with people, made him happiest of all. It’s why he touched lives, why people stopped us everywhere. I know this because, I realize — that’s how I work, too. Huh. I’m Russ’ son more than I ever knew. I’d say it was hereditary, but we didn’t share any biology.

My gaze drops, and I sigh. The Japanese army and the sketchy jungle liquor didn’t kill him. We lost him at age 89 to pancreatic cancer. It’s a nasty strain of evil that eats a man from the inside, deep and slow to make sure he feels every bite. Russell, brave sweet soul that he was, sure as Hell didn’t deserve to go out that way. I can’t imagine anyone could. Life is cruel.

I push my plate away. The food was tasty, as usual, in that simple, solid way it always is. Another epiphany — it occurs to me that I’m drawn here not as much for the food as for the consistency. This old-school diner has been making and serving the same food, the same way, day after day, far longer than I’ve been on this spinning blue rock. White-haired men have been laughing, clustered at these tables, for all time. Consistently.

I suppose, deep down inside, we’re all 12-year-olds who need something solid and predictable in our lives, whether it be a simple omelet or a step-dad with a giant heart.

As I stand, I say a quiet prayer to no one in particular that I might find the strength to be as loving a father as he was to me, to be that anchor, the solid foundation that my kids need from me.

I pay my bill with an obnoxious tip and head out into the gray morning, which has rudely upgraded to big, fat drops of rain. The rain doesn’t phase me. It’s a perfect day for me and the sky to cry together for a bit.