Shuffle: ‘Santa Claus Is Comin’ to Town’ by Bruce Springsteen 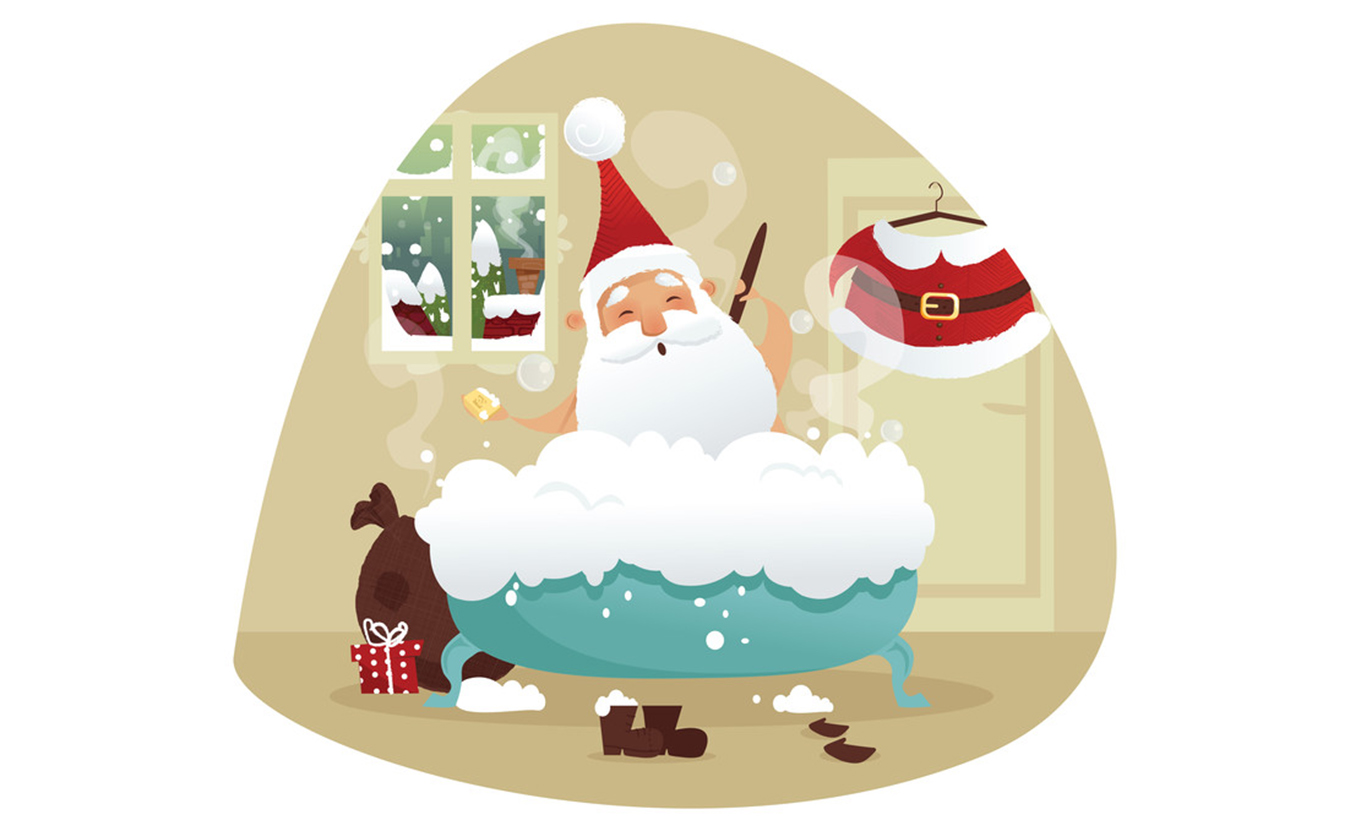 This past Labor Day weekend, I sat naked in a hot tub with an equally naked Santa and Mrs. Claus.

I’ll let that sink into your brains for a moment while I introduce this latest “Shuffle.”

This column is yet another sharp right turn from my last article, courtesy of the “Shuffle All” function on my phone.

In spite of all the things in our community that I’m involved in, I’m personally very lazy. I could make a lot of activity-related playlists and searches on my iTunes, but I usually just “Shuffle All.” And, at times, I do a lot of skipping because of it. This month’s musings were brought to mind by a song I would normally skip immediately: Bruce Springsteen’s version of “Santa Claus Is Comin’ to Town.”

Springsteen is my favorite artist, and I have everything he has recorded on my phone, whether I like it or not. “SCICTT” is not one I like. Heck, it’s not even my favorite Bruce Christmas song. But on this day, the song brought to mind the aforementioned au naturel Santa soak.

Here are the details you are by now clamoring to read.

I have been asked these past two years to stage a local comedy show at Fern Hills Club, our local nudist camp. Fern Hills is located just a few miles south of town and draws visitors from all over the country. It has a large, sprawling campground and recreation area with cabins, RV hookups, tennis courts, trails, a clubhouse, a restaurant, and a large swimming pool with the hot tub in question.

I mention this because, if you are like me, you had no idea Fern Hills existed or that it was as big and popular as it is.

The request for me to do the shows came from a very nice couple who are regular patrons at The Comedy Attic, where I host a weekly comedy show. I not only had no clue what Fern Hills was, but I certainly didn’t suspect this nice couple were NUDISTS! Gasp!

Once they explained to me what the place was, that I and the other comics did not have to take off our clothes, and that I would be paid, my natural curiosity took control, and I said, “Yes,” empathically. Finding the other local comics to be on the show with me was no problem either. We weren’t sure what to expect, but we knew we’d have a story to tell.

Once you get past the security gate/video/intercom system Fern Hills has in place to keep out the curious, the first thing that strikes you is that the place is clean, expansive, and beautiful. Paths shoot up and off the main trails to cabins owned by members and large RVs brought in by traveling tourists. It was explained that there is a nationwide network of members who travel across this great country experiencing local nature just as their creator intended. Okay, maybe not completely naked. Most had on some sort of shoe, and many of the men were sporting what I called the “Donald Duck look.” That is, they wore a shirt with no pants.

I was nervous going in, and all the issues that brought me mild anxiety were gone in five minutes. There was no air that something “naughty” was going on. This was not a swinger’s camp at all. These folks just enjoy a nice unobstructed breeze. You quickly adjust to the nakedness, and you focus on just how happy everyone was. They were happy to see us, they were happy to be there, and they were just plain happy in general.

The show in 2014 was a huge success, with a couple of hundred campers in attendance. They didn’t seem to mind that we were clothed, and they treated us like honored guests. In fact, it was one of the best comedy audiences for whom I have ever performed. Many of them traveled through the camp in customized golf carts festooned with elaborate, themed decorations. They parked these in rows up the hill in front of the stage, creating a naked amphitheater, and honked and tooted their horns when they liked a joke.

It was akin to performing at a naked drive-in.

So the first year was a blast, and I quickly agreed to put on another show this year.

Now that I knew what to expect and the word spread among local comics, I was buried with requests to be put on the bill. I chose three comics who were not a part of last year’s show, and we, along with our significant others, headed back out to Fern Hills.

This year we accepted our host couple’s offer to be a part of a preshow cookout, where we got to know a few of the campers and had a lovely meal.

Then it was time for this year’s show.

It was an even better show than the year before, and it was made more memorable by the fact that sitting right in the front row, completely naked, were Santa and Mrs. Claus.

Now, this was not just someone who looked like Jolly Ol’ St. Nick. This was Santa Claus. The gentleman and his wife were professional mall performers and nudists who were visiting from another state, and they loved the comedy and the obvious attention from the comics.

Look, I don’t care how nonchalant and jaded a comic you are; you have to be thrown a bit by a naked Kris Kringle right in front of you.

This year after the show, we stayed and hung out with the residents and found ourselves outside the Claus RV swapping stories. It was a beautiful late-summer night, and Santa announced it was time for him to have a soak in the hot tub, and he invited us along.

The rules about nudity at Fern Hills are simple: You don’t have to be naked anywhere but the pool and hot tub.

So when Santa Claus asked me to shed my inhibitions and get in the hot tub for a relaxing soak under the stars, I threw open the shutters and pulled up the sash.

As surreal as it sounds to be naked in warm water with the guy who brought you toys and for whom you left milk and cookies, it was actually quite peaceful and relaxing. The location out in the woods offered not only privacy but also a sky free of the lights and sounds of the city. I felt remarkably calm and free. Although I doubt I’ll ever be a nudist myself, I do understand why these good people choose to live like this in their private moments.

And I already have comics lining up to do next year’s show.

I still don’t think I ever need to hear Bruce and the E Street Band do “Santa Claus Is Comin’ to Town” again, but it will always bring a smile to my face before I skip to the next musical memory.