Small Farms Are Putting the ‘Community’ in CSAs 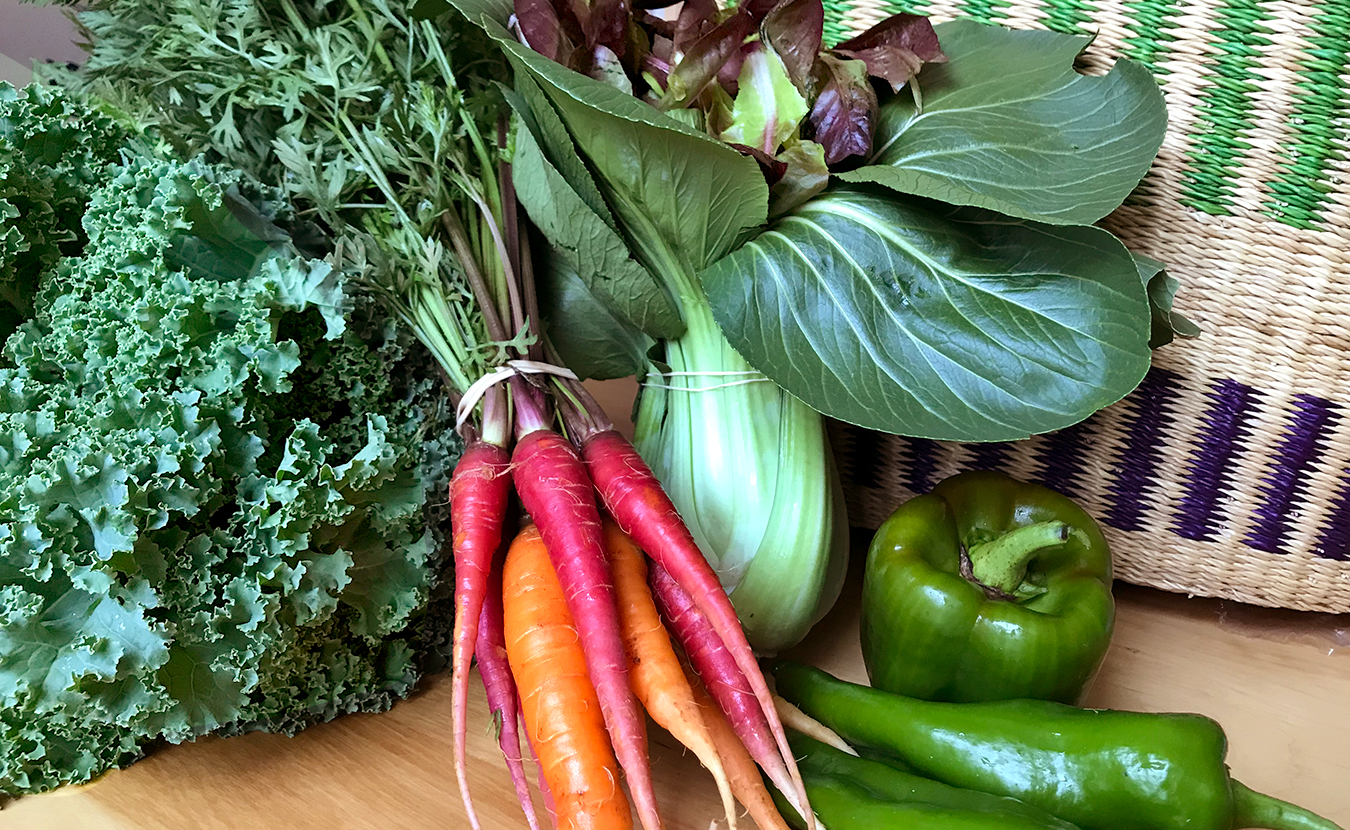 Local farms that participate in Community Supported Agriculture (CSA) programs offer more than just fresh produce. Not only do they make us feel better about how our food is produced, they also create community and enforce a sense of purpose, writes Jared Posey. | Photo by Lynae Sowinski

Let’s face it, our relationship status with food would have to be “It’s Complicated.” Many of us are still bound to the affordability and convenience that come with the supermarket, yet more than ever, we have a deep interest in keeping our dollars local and allowing small-time farmers to thrive. That’s why a growing number of shoppers prioritize purchasing at least some of their items each week directly from local farmers at either farmers’ markets or through the participation in a CSA share. 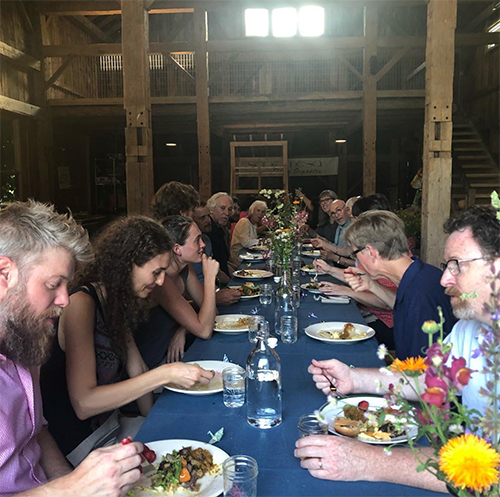 The model for CSAs, or community supported agriculture, came to the U.S. in the 1980s from Europe, where it was developed in the decades following World War II as a response to the rising concerns over industrialized food. As of the latest Census of Agriculture in 2012, more than 12,000 farms participate in CSAs in the U.S.

Purchasing a “share” in the farm’s overall harvest, typically paying upfront, is very different from the predominant supermarket model, both for the consumer and the farmer. This CSA model allows farmers to plan their crops specifically to meet the demand, often with greater crop diversity (which is better for the soil) and larger profits, while shielding farmers from a heavy financial burden at the beginning of the season. Utilizing CSAs also redirects consumer food dollars into the local economy.

The CSA model is becoming so popular, supermarkets and larger distributors are trying to get a piece of the action (more on that later). That’s a concern, as CSAs have been one of the most successful ways small farmers are able to compete. Nevertheless, there’s something bigger than business here. As local farmer Robert Frew puts it, “Financially, CSAs help the small-scale farm, but more importantly, it helps us to feel connected to our customers for a long-term relationship, and them to us.”

Frew is the co-owner of Sobremesa Farm in eastern Monroe County, a farm with the explicit intention of building community in addition to regenerating topsoil through their permaculture farm. He sees community supported agriculture as a tool for local farms to use their space where like-minded people can come together. It’s about a sense of place, and a sense of purpose.

And as people want to become more involved with local farms, the types of farmer-consumer relationships are changing and adapting. Larry Howard, the owner of Maple Valley Farm and Harvest Partners in northern Monroe County, is one example of local farmers who have tinkered with the typical vegetable CSA system to better suit their needs. By operating what is called a legal partnership, Maple Valley is increasing the sense of community between the shareholders and the farm through monthly shareholder meetings where members are given more of a voice in what happens on the farm. And rather than vegetables, Maple Valley offers a variety of pasture-raised meat and eggs, reflecting a trend of CSAs reaching into many product markets, such as fresh-baked bread, handmade soaps, cut flowers, wool, and, yes, even ones for beer and kombucha.

Whatever the details of these direct-to-farm relationships, every week customers across the country aren’t just meeting with their respective farmers to pick up some vegetables, they’re also leaving with a better understanding of how their food is grown, and a connection to their local land and fellow citizens. In other words, farms like Sobremesa and Maple Valley give us far more than calories. Any given day, a farmer might host a group of kids learning how to grow food, or a CSA member may say hi to the chickens while checking in on the pumpkins, or a farm may be the location of a community-wide music event (with fresh food, of course!). Such events are a critical part of the model to establish community and retain customers, and almost all CSA farms will host events of one kind or another to make sure their customers can interact with the farmers as well as other customers. This is creating a resurgence of the food/community system we once had, where food is grown down the road, and you know who grows it. But what place will these farms have in our food future? Their fate is anything but decided. 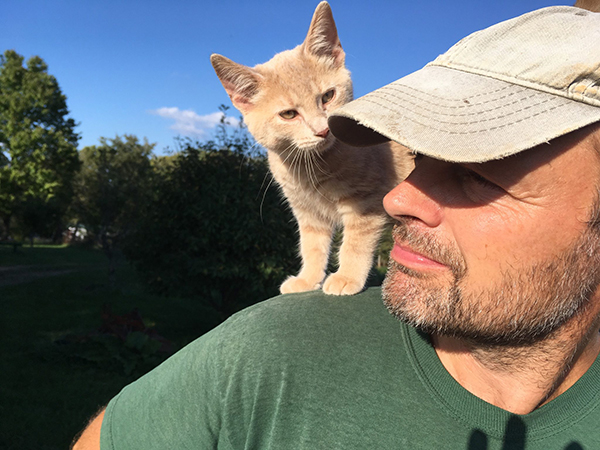 Are CSAs at risk?

The CSA model has attracted the attention of big players, such as Walmart and Amazon, in the past few years. And with “CSA” being an unregulated term in many states, the door has opened for larger distributors and grocery stores to utilize “CSA” in a way that has many small farmers more than a little uneasy — such as by offering variety boxes of “local” produce that may not be grown sustainably or more healthfully and may not even be local.

While some farmers and entrepreneurs argue that a widened market and a larger distribution channel is necessary for local farms to evolve, the presence of middlemen — who often look for the cheapest price, which can leave small farmers stranded — is largely what the CSA model set out to avoid. In response to this competition from larger stores, many CSAs across the country are working to expand their reach, whether that means creating a market-style CSA, where customers arrive and fill their own boxes based on preference; providing a flexible amount of weeks, if too much produce per week is a concern for the individual; running as a multi-farm CSA that unites a few farmers in a given area to offer more products; or offering a full-diet CSA, where the farm tries to embody convenience and grow all the food a customer will need.

A 2013 Wiley study revealed that many small farmers essentially exploit themselves, charging lower prices than would provide them with financial security, to make it affordable for customers and to do something they believe in. Whatever the future looks like, we can all agree that those growing our sustenance shouldn’t have to starve, themselves. And CSAs are one of the primary ways small farmers earn a better profit.

For individuals participating in these direct consumer-to-farmer relationships, Howard says, it’s “kind of like having your own farm … without all the chores.”

We’re blessed with many CSAs in Bloomington. Check around at the farmers’ market and ask about their CSA options. By creating community and allowing us to know where our food comes from and how it was produced, CSAs give us far more than we pay for.

Jared Posey was born and raised in Elwood, Indiana, and graduated from Purdue University. He’s interested in mindfulness, the food movement, conscious parenting, and connecting kids to nature. Jared created and ran an alumni interview series between Elwood High School and the Elwood Call-Leader. He has written for TAKE ROOT magazine and self-published a book called Will Work for Food: A Book of Inspiration, Poems, and Edible Action.
Lynae Sowinski