Stirring the Pot: Apples to Apples 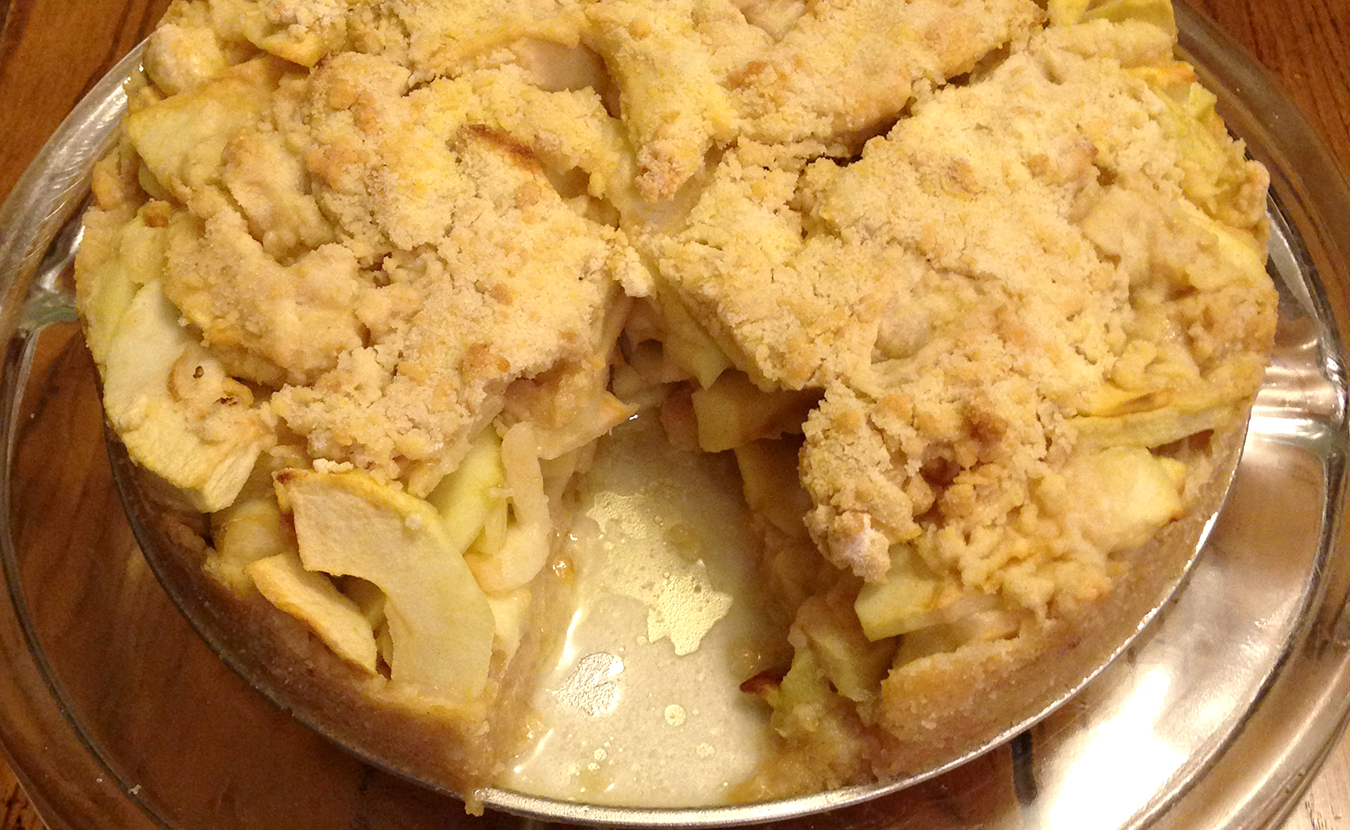 I have five children. They are all grown now, or launched, as I like to say. But every fall when the air gets crisp, I yearn for the prelaunch days when I took them apple picking. It was our autumnal rite, our seasonal pilgrimage. Without any coercing or cajoling, except for who got the coveted captain’s chair, they piled into the minivan and off we went. We were all precisely where we wanted and needed to be. On apple picking day, my children laid down their verbal assault weapons and took off their armor. Truce was declared.

When we got to the farm, a mere 20 minutes from our suburban New Jersey home, we climbed with our fellow pickers aboard a flatbed hitched to a tractor. The ride to the orchard was short and bumpy. My kids were quiet, reverential, clutching their empty bags and waiting for our stop. They knew not to get off when the driver announced “Golden Delicious.” Not our style. We held out for the crisp, sweet/tart Romes. They were great eating apples and even better baking apples. And while they weren’t Granny Smiths, they were the best that our part of the world had to offer. When we got to our orchard, we headed for the farthest trees that hadn’t been touched by those who came before us. Sometimes we paired up, other times we each set out on our own. My gang knew how to examine the apple before plucking it from the tree. It didn’t take long until our bags grew heavy, and we’d make our way to the tractor pickup spot.

Like seasoning in a good recipe, our rituals are the spices that flavor our lives. When we celebrate each other, and the bounty of nature, we are so much more! Our lives are intertwined, nuanced, and fuller. We are enriched. And just as in a recipe, ingredients need to be measured carefully. When is there too much of one thing, or too little of another? Maybe you need to add something new. Do you need to adjust the seasoning? Have you outgrown the taste for some things? Have they outgrown you?

The magic in the orchard lasted all the way home. Of the many lovely days I have known, our annual apple picking trips are my favorites.

And, oh, the baking I did! Cakes and pies and crisps. Apple sauce and apple slaw. Baked apples with their cores removed and stuffed with raisins and cinnamon. And the coveted and labor-intensive Drora Apple Pie Cake. Ruthie says, “Of the many lovely days I have known, our annual apple picking trips are my favorites.” | Courtesy photo

Over the years, as they got older and, one by one, began leaving the nest, our band of apple pickers grew smaller, as did our haul. But the tradition continued. Three months before I left the Garden State, my then-22-year-old son joined me for our final excursion.

My friend Drora, who had doubled as my children’s kindergarten teacher, died far too young. This is her recipe. I’ve been making it for years. Occasionally, I add my own touches, such as dried cherries mixed in with the apples or candied ginger in the topping. The preparation takes time. There are lots of apples to peel. I welcome the time it takes, because, as I peel all those apples, my children’s smiling eyes and rosy cheeks reappear, and we are bobbing up and down on a bumpy road, headed for the apple orchard.

Directions:
Preheat oven to 350°F. Spray nonstick cooking spray in a springform pan. Cover the outside of the pan with foil to prevent leaks.

Mix flour, baking powder, and sugar in a medium-size bowl. Cut in butter. Add the egg. The mixture will be crumbly. Set aside, removing 1 cup of dough from the bowl, which will serve as the topping.

Place the apples, lemon juice, sugar, and cinnamon in a large microwavable bowl. Cover and microwave on high for about 3 minutes until apples soften. Drain excess liquid. Mix in the dried cherries, if using.

Line the springform pan with the dough (less the 1 cup removed), pressing it into the bottom and partially up the sides of the pan. Add apple mixture. Spread the reserved dough on top of the apples. Add the sliced ginger to the topping, if using. Spray the top of the mixture with cooking spray.

Bake for one hour, until the dough is golden.

Remove from oven and place on a rack. Allow to sit for 5 minutes, then release the springform.

Serve with vanilla ice cream and/or freshly whipped cream, or just as is.