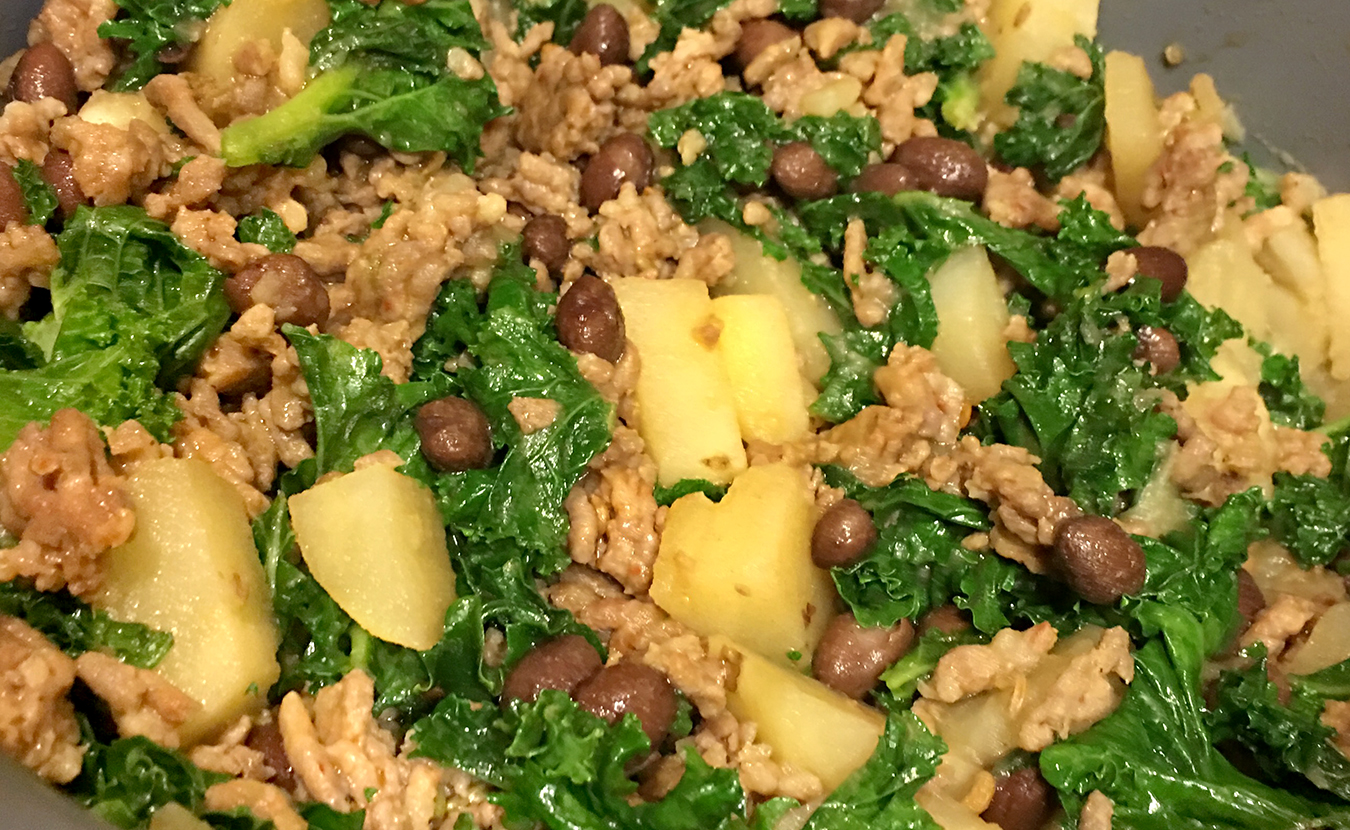 Ruthie Cohen's son named this dish "Swamp" almost 20 years ago, and the name has allowed her to claim the recipe in a way that is singular to her family. | Photo by Ruthie Cohen

Some years ago, while flipping through the TV channels, I paused at Rachael Ray’s 30 Minute Meals. She was preparing a one-pot meal, a hearty stick-to-your-ribs melange of sausage, potatoes, black beans, mushrooms, and kale. It was not quite a soup and not quite a stew. She called it “Stoup” or “Stewp” — without subtitles, a viewer could opt for either spelling.

Back in my kitchen, I set out to make this marvel my own: adding different spices and a bit of tomato product, taking out the incompatible mushrooms, and reducing the liquid to make it less soup-like and more of a stew. When dinner time rolled around, I brought the fragrant bowl to the table. My son, Joel, who was 15 at the time, took one glance and dubbed the dish “Swamp.” So it was and so it remains almost two decades later.

Whether it is Grandma’s chicken soup or Aunt Ida’s poppyseed cookies, many of us can trace a recipe back to a time, place, or person that intersects with it. Truth to tell, sometimes the dish might not be all that good, but it nourishes us nonetheless. That indelible (hopefully not inedible!) mark it leaves informs how we savor our connection to the people who matter most in our lives and to the traditions that are passed on. We not only eat with all of our senses, but with our hearts and minds, too. We eat to sustain ourselves, but also to remember.

Swamp is not a pretty dish, yet that doesn’t stop it from being delicious. And the name has allowed us to claim it in a way that is singular to our family. This is a peculiar kind of ownership, to be sure. When we lovingly label something or someone, we develop a connection that is more visceral and abiding, a relationship that goes far beyond appearance. It is evocative, not unlike a scent wafting through the air that recalls events from long ago. A word or an endearment opens the floodgate of memories and sensations. Couple that with the sensuous delight of taste and you have your very own Remembrance of Things Past. Marcel Proust took one bite of a dainty madeleine and produced a masterpiece — and the scourge of many a literature major.

Even before assembling the ingredients or getting out the big pot, just saying “Swamp” transports me to the first time the dish appeared on the table, and to one smart-aleck teenager who gave it a name.

Brown sausage in a large pot until it is fully cooked and the fat is rendered. Remove sausage from pot and set aside. Add potatoes to the pot and stir to coat in sausage juices. Add broth and soy sauce and bring to a boil. Lower heat and simmer, uncovered, for 15 minutes, until potatoes soften. Add tomato paste and seasoning, stirring to incorporate. Add black beans and kale. Cover and cook on a medium flame until kale softens, which will be about five to seven minutes. Return sausage to the pot. Heat through and serve. For a more stew-like consistency, use less liquid or reduce it by cooking longer.

Get out your Crock-Pot for this one. Set it up in the morning and sit down to a terrific dinner that evening.

Cook on low eight to ten hours or on high four to six hours.

Stir. Remove bones and sinew from meat and discard. Chop up meat if desired. Serve right from the pot.

This dish is even better the second day when it magically thickens. Refrigerate and reheat.