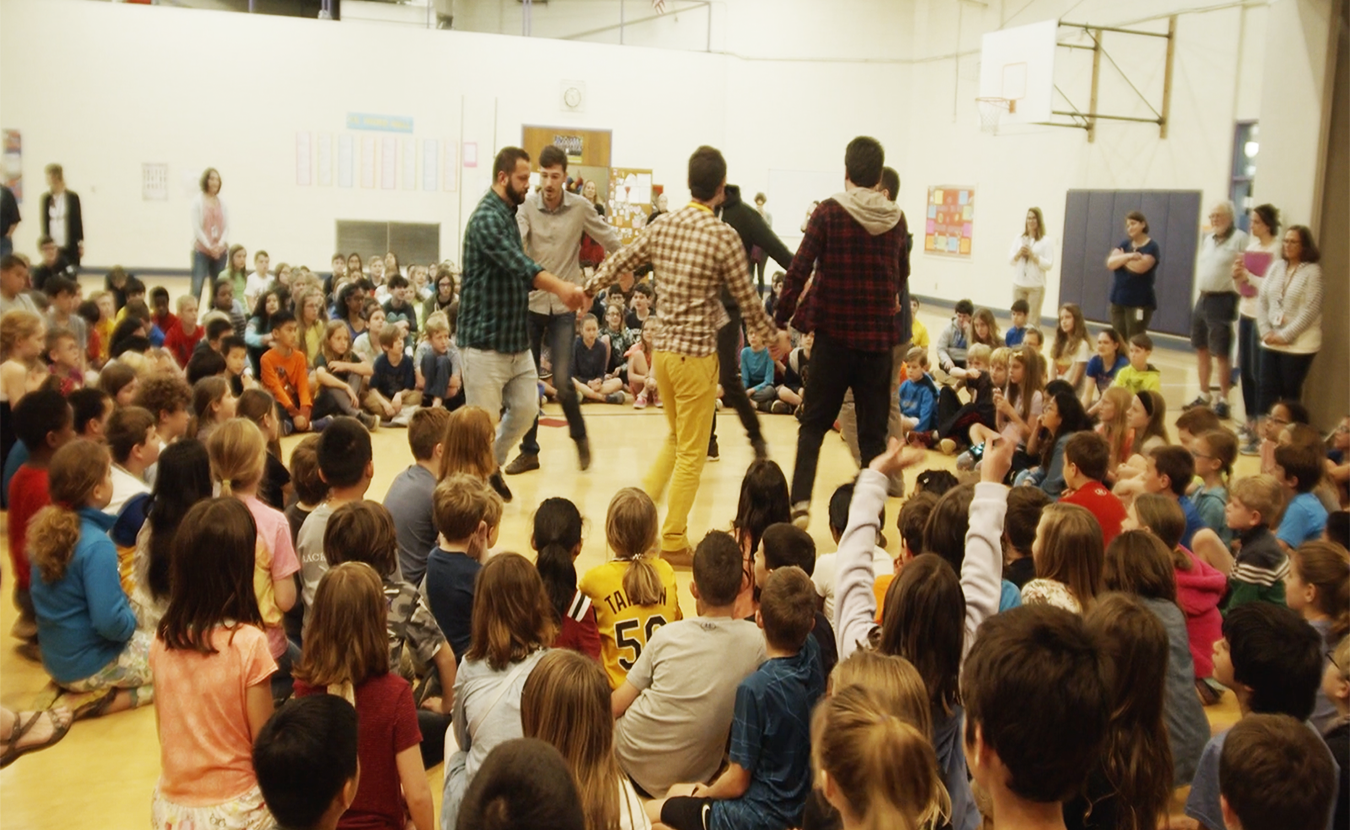 [Publisher’s note: Since 1996, the Lotus Blossoms program, presented by the Lotus Education & Arts Foundation, has created in-school music performances, workshops, and classroom visits that give K-12 students cultural encounters through music and dance. Stella H., 11, a fifth-grade student at Childs Elementary School, wrote a review for Limestone Post of a recent performance by Adilei, a yodeling-based, a cappella group from the Republic of Georgia.]

On April 9, my school — Childs Elementary — hosted a Lotus Blossoms concert, one of many each year put on throughout Indiana by the Lotus Education and Arts Foundation. When I found out that we were going to see one of Lotus’s performances, I was really excited. I had seen some of Lotus’s performances in the past, and they were really cool.

The band we saw was called Adilei. Adilei is a group of six men, dressed causally, from the Republic of Georgia. They are a yodeling-based, a cappella group. And I really liked their performance. It was like nothing I’d ever seen before. Prior to this, my exposure to yodeling came from the movie Heidi. I had no idea that yodeling could be so much more melodic.

Their songs were energetic but soothing. They seemed to sweep you away to snowy mountain tops with goats and nighttime parties in the village square. We may not have been able to understand the language they were singing in, but it was remarkable all the same. 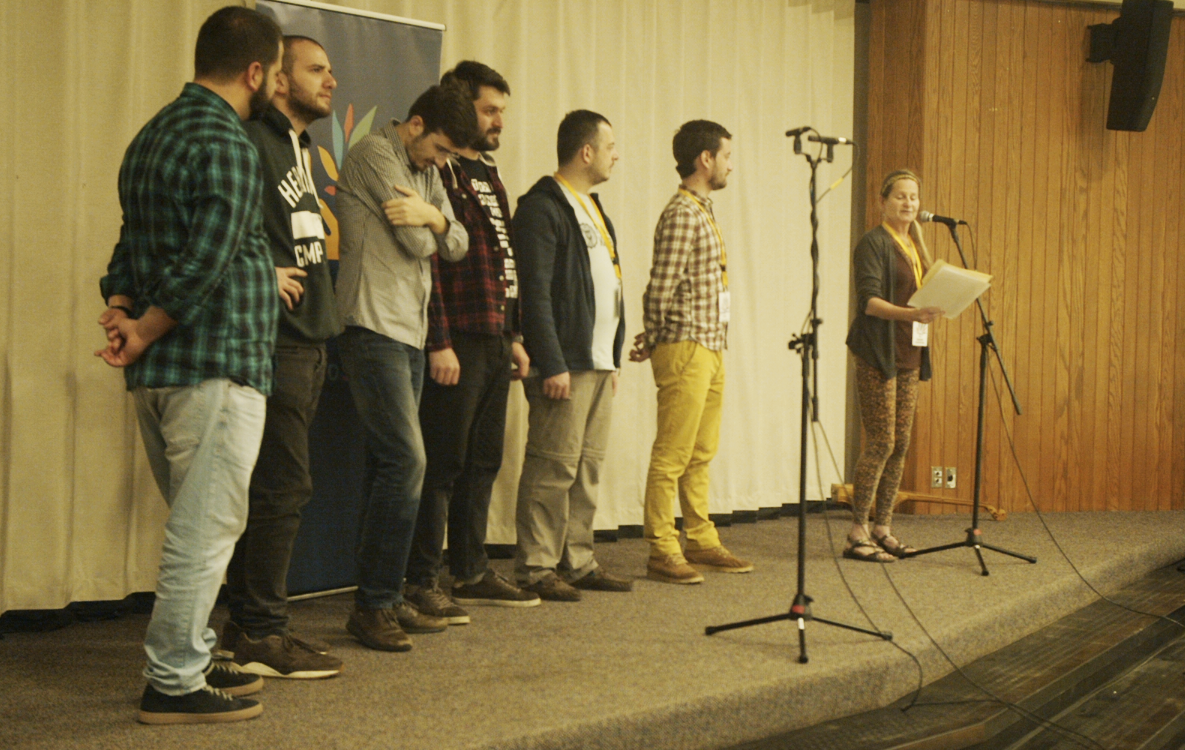 Tamara Loewenthal (far right), the new executive director of Lotus Education & Arts Foundation, introduced the members of the Georgian a cappella group Adilei before their performance at Childs Elementary in April. | Courtesy photo

For their last song, they all got in a circle, held hands, and danced. Their dance was a traditional Georgian dance. It was done by slowly turning in a circle, and every five seconds or so they would stop, stamp their feet, clap, and then continue until the song ended.

For some of their songs, they encouraged us to get up and dance. The bravest kids jumped right up, but by the end, all of the kids in our big gymnasium were dancing. The teachers tried to calm everyone down, but Adilei got us all back up again — dancing and clapping along. Eventually, even some of the teachers were dancing. I couldn’t stop smiling, but it seemed like everyone felt that way.

“It made me feel warm inside and like I was right there with them in the Republic of Georgia,” said Siena, age 10.

Max, age 11, said, “It made me feel happy. I also learned that yodeling isn’t just saying ‘Yo de le he ho.’” The performance was attended by 3rd- through 6th-graders, and I think everyone, no matter what their age, had a great time.

Not only did we get to hear traditional Georgian singing, but we also got to learn something about a country I didn’t even know existed. The Republic of Georgia is located in-between the Black Sea and the Caspian Sea, near Russia. It is a small country with a lot of different regions. Each region has people with different beliefs and songs. Adilei plays music from all the parts of Georgia.

Being a girl who likes to travel, seeing Adilei was truly an eye opener to how much more I have to discover in the world. I loved their performance. I always have loved the groups that Lotus brings to our school. The performances are an amazing experience and I hope that I will get to see them for many years to come.

For more information about the Lotus Blossoms program, visit lotusfest.org.

Stella H. is an attorney for The Nature Conservancy who lives in Harbert, Michigan, with her husband and two young children. That’s one thing they might say about Stella someday, but for now, she’s an 11-year-old 5th-grader at Childs Elementary in Bloomington. Stella is passionate about art, science, basketball (the Hoosiers), travel, and attacking her little brother with pillows.
Tagged
Comments