Truth Matters is an event to help people detect disinformation in the news and on social media platforms. After watching two films on the topic, audience members will be able to ask questions to the panel of media experts pictured above: (clockwise from top left) Filippo Menczer, professor at the Indiana University School of Informatics, Computing and Engineering and director of IU’s new Observatory on Social Media; Jen Senko, director of the film ‘The Brainwashing of My Dad,’ who will participate via Skype; Alex J. Semchuck, associate professor of communication at Ivy Tech Community College in Bloomington; and Jason Peifer, assistant professor at the IU Media School (Courtesy photos). The background image is a screenshot of Hoaxy, a tool that visualizes the spread of articles online, which was created by Menczer and his team at the Observatory on Social Media.

[Publisher’s note: Limestone Post is one of 14 nonprofit organizations sponsoring the following event. The full list of sponsors is at the end of the article.]

Climate crisis. Constitutional crisis. Opioid crisis. Housing crisis. Farmers’ market crisis. As the crises mount in our nation and in our community, they’re all made worse by the fake news crisis. Anyone who wants to become more informed on any topic often has to wade through thickets of conflicting and deceptive information to learn the truth — if learning the truth is even possible.

Around the world, nonprofit media outlets, investigative journalism organizations, and independent research institutes are working on ways to combat the problem. Social media platforms regularly suspend thousands of accounts from bots and other disingenuous sources. 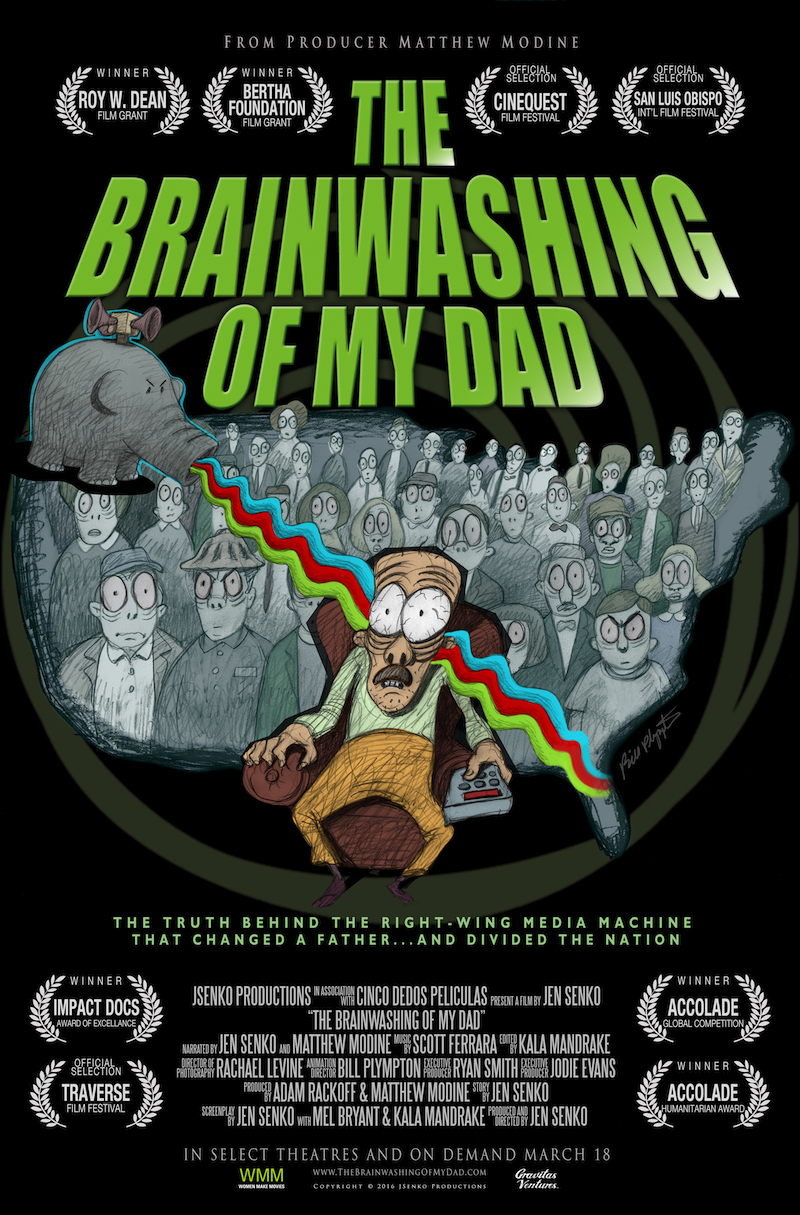 The film ‘The Brainwashing of My Dad,’ narrated by Senko and Matthew Modine, will be shown at the Truth Matters event on Saturday, October 19, at the Buskirk-Chumley Theater.

Closer to home, Indiana University’s Observatory on Social Media has created tools such as Hoaxy, which visualizes the spread of articles online, and Botslayer, which scans social media and detects fake accounts that are used in “coordinated disinformation campaigns.” IU’s Arnolt Center for Investigative Journalism is committed to producing “high-quality investigative journalism” and “act as a watchdog in Indiana and nationally.”

“Being a critical consumer of news is everyone’s responsibility,” Semchuck says. “Long gone are the days of tuning in to one of the three national networks and getting an informative, accurate accounting of the day’s events.”

Last fall, Semchuck organized an event on the Ivy Tech campus to screen the feature-length film The Brainwashing of My Dad, by filmmaker Jen Senko. “We had several dozen students, faculty, and community members in attendance,” he says.

On Saturday, October 19, a similar event, called Truth Matters, will be held for the general public at the Buskirk-Chumley Theater. One of the organizers, Vickie Dacey, says the goals are to raise awareness about disinformation in our news, spark conversations about this issue, and provide tools for “getting to the truth” in today’s media and social platforms.

Truth Matters is cosponsored by 14 nonprofit groups (including Limestone Post) and will present two films, followed by a question-and-answer session with a panel of media experts. Semchuck will introduce the films and, afterward, lead the Q&A discussion with Jason Peifer, assistant professor at the IU Media School, and Filippo Menczer, a professor in the IU School of Informatics, Computing and Engineering and director of IU’s new Observatory on Social Media. Senko, based in New York City, is planning to participate via Skype.

The event opens with “MediaOcracy,” a five-and-a-half-minute film narrated by NPR podcaster Glynn Washington. The film explores social media news outlets that block Americans’ exposure to opposing points of view, and experts offer advice on how to break free of the media bubble and become better informed. 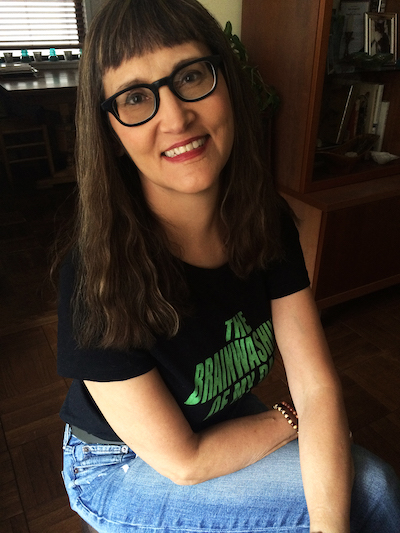 “MediaOcracy” will be followed by The Brainwashing of My Dad, which looks at the forces behind media organizations that air fewer voices, less diversity of opinion, and massive misinformation. The film also shows how people can help keep news outlets accurate and accountable to the truth. Senko says she made the film to examine how a partisan news media transformed her father into “an angry fanatic.”

“Two things have contributed to the current state of the news media,” says Semchuck. “The first is the corporate takeover of our news media resulting in profit-driven news. Once news was expected to make their owners profit, the aim of the news media changed. We have moved from information to sensationalism, from objectivity to ideology.

“The second is the fragmentation of mediated sources … and the rise of ‘niche’ sources. If I read or watch a news story and I don’t like what that source says, I never have to consult them again. I can simply pick and choose my sources based on my own personal beliefs; and if I like what they say, I stick with them — even if they may be reporting from a highly flawed or politically/ideologically driven point of view that is not based in reality. Thanks to social media, that story can then be shared instantaneously to thousands of people; and if you do not have a critical lens through which to view such information, it can lead to disastrous events. Case in point — the man who shot up the Washington, DC pizzeria because it was reported to be a front for a child sex-trafficking ring run by Hillary Clinton’s presidential campaign.”

Because we are all responsible for what news we choose to consume (and share), the panel of experts at Truth Matters will provide resources for helping individuals determine the veracity of news sources.

“I firmly believe that media literacy needs to be taught in every high school and should be a required college course — just like English, math, or public speaking,” Semchuck says, “because the media can have drastic effects on how we see the world and the people with whom we interact.” 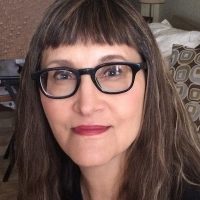 Jen Senko is an award-winning producer, director, and documentary filmmaker. Her first documentary, “Road Map Warrior Women,” won recognition with several festival awards. She co-directed, with Fiore DeRosa, “The Vanishing City,” which exposes the policies and economic philosophy that has made New York a city for the rich. Narrated by Kathryn Erbe (of “Law and Order”), “The Vanishing City” garnered festival awards such as Best Short Documentary in the Harlem International Film Festival and Honorable Mention in the Los Angeles International Film Festival. She wrote, produced, and directed The Brainwashing of My Dad (2016), which examines the rise of right-wing media through the lens of her father, whose immersion in its daily propaganda rocked the very foundation of their family. She is based in New York City. 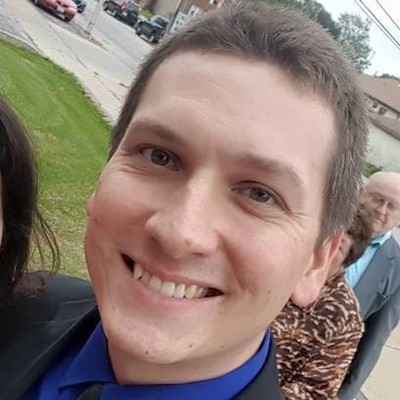 Alex J. Semchuck is an associate professor of communication at Ivy Tech Community College in Bloomington. Originally from Hammond, Indiana, he has taught communication and media courses at Indiana University Northwest, Indiana State University (ISU), and the Wabash Valley campus of Ivy Tech. He earned a BA in mass communication from Purdue University and an MA in communication studies from ISU. He is also owner of Precision Independent Media, a video production company through which he has written and produced two documentaries: The Slave Circle and Stagnant Hope: Gary, Indiana. 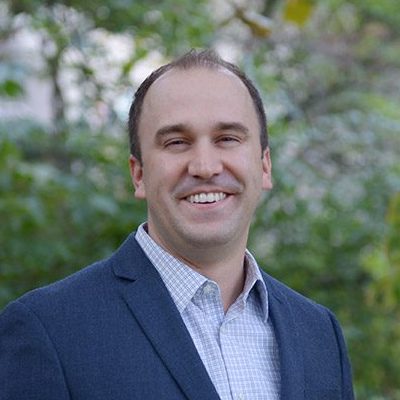 Jason Peifer is an assistant professor of journalism at Indiana University, with professional experience in public radio. He holds a Ph.D. from Ohio State University and teaches on topics related to media perceptions, media ethics, political humor/entertainment, broadcast journalism, and media literacy. His research interests center on political perceptions, examining how facets of the contemporary media environment can influence various interpretations about news media and political figures. He has publications in a variety of journals and, in 2019, was awarded an Emerging Scholars grant by the Association for Education in Journalism and Mass Communication (AEJMC). 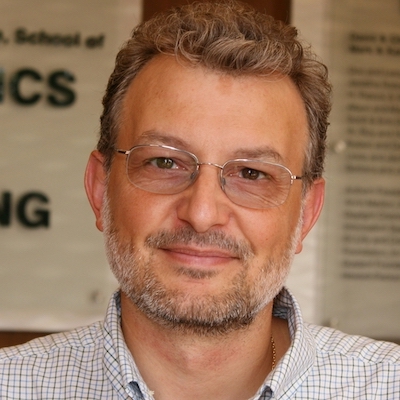 Filippo Menczer is a professor of informatics and computer science at Indiana University, with courtesy appointments in cognitive science and physics. He holds a degree in physics from the Sapienza University of Rome and a Ph.D. in computer science and cognitive science from the University of California, San Diego. Menczer’s research on the spread of information and misinformation in social media has been covered in many US and international news sources, including The New York Times, The Wall Street Journal, The Washington Post, NPR, PBS, CNN, BBC, The Economist, The Guardian, The Atlantic, Reuters, Science, and Nature. Menczer is the director of IU’s new Observatory on Social Media.